How Foods Can Sap Energy

A Cochrane review of 43 studies dealing with exercise for weight loss found that “compared with no treatment, exercise resulted in small weight losses across studies.”

Uh… what? Let’s digest this for a moment. These researchers are saying that they reviewed dozens of studies and found that exercise really doesn’t have a big impact on weight loss. Outrageous!

What about the endless YouTube workout videos for “burning fat” and the countless gym programs for torching wobbly guts? All the calories you’ve calculated as burned on gym machines, aren’t they burned away into a cloud of vaporized love handles?

Well, this Cochrane review is one of many published articles that say the same thing: exercising to lose weight isn’t as cut and dry as most people think it is.

Well actually, it does.

“In highly controlled studies where exercise is performed under supervision, and no other variables are changed, people lose weight,” says Dr. Robert Ross, PhD, an exercise physiology expert at Queen’s University in Ontario. “When people say ‘exercise doesn’t work,’ I take it to mean ‘sustained physical activity in today’s world is difficult.’”

A mountain of research shows exercise leads to fat loss. But sustained energy balance, meaning burning the right amount of calories for your diet over a long time span, is a challenge in our modern environment. Sure, you can burn some calories in the gym, but then you fall behind after eight desk hours. You might burn some calories on a walk, but a long commute leaves you in the hole.

The point: don’t give up exercise, even if the weight isn’t departing. Losing weight depends on a multitude of factors, and exercise is just one, albeit an important one.

Environment aside, let’s not forget a wonderful truth of life: we’re all different. And we’re not just talking about hair, eye and skin color. Although we all function similarly, our bodies respond differently to physical activity, burn calories differently, and lose weight differently. This shouldn’t be a surprise. We know two people can do the same exercise routine for a month, and one person might lose ten pounds while the other loses nothing. Why? Because each person is u-n-i-q-u-e, to echo your grade school teacher.

How the Body Burns Calories

100 percent of the energy we gain comes from food, but physical activity only burns 10-30 percent of that energy. Our bodies are constantly expending energy to keep functioning, whether we’re sitting, sleeping, or even staring at a wall. The liver, brain, stomach, etc. all need energy to function, and that is where most of the calories we consume are used up.

The energy used to keep our bodies functioning is called the basal metabolic rate. We don’t really control this, and it is what burns most of the calories we consume every day. Our bodies also use a lot of energy breaking down and digesting food.

Some point to the basal metabolic rate and say “that’s why exercise doesn’t work, because exercise only accounts for a fraction of calories burned every day.” Others will look at a fit person and say “wow, what a great metabolism,” thus robbing the individual of his due credit for a healthy lifestyle. These comments are a tad misguided.

Various supplements and exercises claim to “speed up metabolism.” But can you affect basal metabolic rate (bmr), maybe crank up that rate so you don’t have to exercise or eat healthy? Keep dreaming. In fact, decreasing the calories you consume will often slow down your metabolism over time, and exercise has minimal effect on bmr. The easiest way to increase the amount of calories burned in a day is (drum roll please)… exercise.

Hence, national health guidelines, a library of research, and pretty much every health professional says to exercise every day.

Reasons Why The Exercise Weight Loss Road Is So Hard

As mentioned before, our modern environment—including the ease of technology— plays a big role in how hard it is to stay active. Another big problem is this: exercise makes us hungry, and we sometimes eat more calories post-exercise than we burn during exercise. Often exercise becomes an excuse to indulge, and we fill our bodies with food that will have a much larger effect on weight than exercise did. Some other issues may be:

A more scientific cause of the difficulty is adaptive thermogenesis. In simple terms, this is a mechanism where different systems in the body work together to maintain energy stores. This means that the body fights against weight loss instinctively, because weight loss means depleted energy stores. And researchers have also found that when people lose weight, their bodies try to get energy stores back to their previous level, which often means weight gain. For example, research shows that if you take two people of the same size and weight, one being formerly obese and the other not, the body of the formerly obese individual will burn significantly fewer calories a day. His body will be trying to gain back energy stores, and the person will have to eat less than his counterpart to maintain weight loss. This is a big reason why more than 80 percent of people who lose weight eventually end up back at their previous weight. The degree to which adaptive thermogenesis comes into play may be genetic.

What is Exercise Good For, Then?

“The benefits of exercise reach so far beyond the reduction of obesity,” he says. “Getting 150 minutes of exercise per week is associated with a wide range of health outcomes, and weight loss is just one.”

Exercise improves cardiovascular health, which is great because cardiovascular issues are a leading cause of death in the US. It also helps prevent several chronic diseases, like diabetes, and is shown to improve mental health. Furthermore, research shows that it is much harder to lose gained weight than to prevent the build up of excess weight.

Exercising for the sole purpose of losing weight is dangerous because when a person doesn’t get desired results, they may stop exercising. What a tragedy! Giving up exercise puts your future in jeopardy.

What matters more in weight loss, diet or exercise?

“We don’t know, and we don’t care,” says Dr. Ross. “But I have absolutely no doubt that both exercise and a healthy diet have to be involved for the most desirable health outcomes.”

Over the years, the food and beverage industry has played a significant role in shaping public attitude toward how exercise influences weight loss. The New York Times recently uncovered that Coca-Cola was funding a nonprofit made up of university scientists who encouraged the public to focus more on exercise to fight obesity, rather than on how calories from food and beverages factored in. This goes against a substantial body of research that shows diet is crucial in losing weight.

Running is an awesome way to get your heart rate going for an extended amount of time, but some find that their running habits aren’t translating to a smaller waistline.

Research suggests that steady state running (where you run at a decent pace for an extended amount of time) only helps people lose weight initially. Once the body learns how to cope with the strain of running, the weight loss stops.

Now, running isn’t something to be avoided in a weight-loss effort. Simply change your pace, distance, and running workout from time to time. For example, instead of running your normal route, go to the park and run a shuttle, or do a sprint workout of some kind. Sprint workouts are a form of interval training, which means training with periods of high exertion, coupled with breaks and low exertion.

When you consistently change up your workout, your body sustains healthy wear and tear, which it then heals. This process burns calories.

Workout Mistakes for Those Trying to Lose Weight

If you’re trying to lose weight, these workout errors can hurt your progress.

To change up your workout routine and to keep those calories burning, try out this sprint workout:

Jog slowly for 5 minutes or jump rope for 3 minutes.

Do 40 yards of walking lunges.

Next 5 Movements You Should Be Able To Do 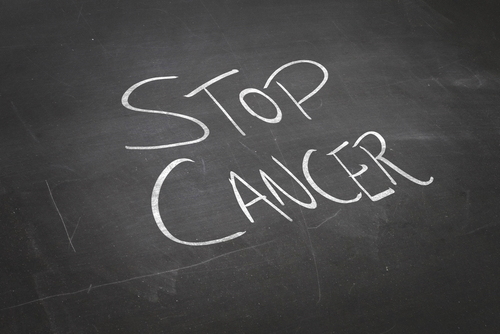