Every woman will experience the hormonal decrease that is menopause, the effects of which are normally treated with prescription medicine. Although medication can help in most cases, some women fear the effect that long-term drug use can have on the body, even with prescription drugs. As an alternative, a recent study has revealed a more natural way to relieve menopausal symptoms.

Dr. Taulant Muka, researcher at Erasmus University Medical Center and lead author in this study, tested plant-based supplements on women experiencing menopause. As a result, he found that hot flashes and vaginal dryness were greatly reduced, all thanks to phytoestrogens, which are components found in plants and are similar to estrogen.

As uncomfortable as menopause may be, symptoms like hot flashes and night sweats have been shown to increase the risk of heart disease, stroke and cardiovascular disease. Taking care of these symptoms is important, and Muka says that doing so in a natural way is better for the body than taking medication. Hormone therapy prescriptions—such as pills, patches and gels—are most commonly used to treat menopausal symptoms, but such treatment has been linked to a risk increase in breast and uterine cancer.

In a study where over a million women between the ages of 50­‑64 were tested, the use of hormone replacement therapy caused over 9,364 breast cancer reports and 637 breast cancer deaths.

With statistics like this, Muka and his colleagues wanted to know if plant-based treatments could really work as an alternative to medications for treating menopause. Their study included over 6,000 women, each participating in a form of traditional, natural or Chinese medicine like soy, ginseng and black cohosh. Night sweats continued, but the plant estrogens treated overall vaginal dryness and decreased hot flashed by an average of 1.31 per day. Although these are beneficial findings, are these natural remedies doing enough?

The FDA requires that menopausal treatments reduce hot flashes by two per day or more. But even if Muka’s plant-based treatments fulfilled that requirement, the FDA does not review or regulate any type of natural supplement. In addition to this, Muka notes that his study doesn’t have a lengthy follow-up, thus being unable to define any long-term effects that phytoestrogen may have. Dr. JoAnn V. Pinkerton, executive director of the North American Menopause Society, also points out that the study doesn’t distinguish between women who suffer from several hot flashes and those who don’t. This distinction plays a major role in the overall effectiveness of phytoestrogens, as symptoms vary between women.

Pinkerton recommends using caution when taking prescription or natural supplement menopause treatments, as there may be risks from both if used long-term. With over 50% of women taking herbal remedies for menopause symptoms, there seems to be a movement that’s headed in the “natural” direction. Be sure to consult with a doctor about menopause when deciding what treatment is be best for you, as symptom variations may mean different treatment. 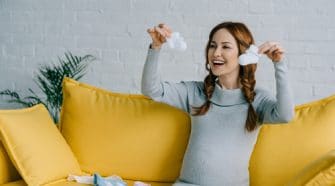