Sleep. We do it every day, and often, we don’t do it enough. Sleep is vital to overall wellbeing, and for preventing a variety of chronic medical conditions. New research presented in Copenhagen shows that sleep disturbances may increase your chances of developing Alzheimer’s.

Sleep researchers from the University of California at San Francisco conducted a sleep study on a large number of veterans, and found that those diagnosed with sleep apnea, insomnia or another sleep disorder were 30 percent more likely to suffer dementia than veterans without sleep problems.

Researchers benefited from having a large sample size, with records on 200,000 veterans. More research is needed to see if sleep disorders increases the risk of dementia, or if disordered sleep is a symptom of dementia.

Alzheimer’s is a devastating disease that affects more than 5 million Americans. It is the leading cause of dementia. It is expected that that number will more than triple by 2050.

The United States has joined with a number of other nations to fight the disease. The US government spends about $500 million a year to fund Alzheimer’s research.

Sleep Disorders and Other Health Consequences

Alzheimer’s adds to a long list of problems tied to sleep problems. High blood pressure, heart disease and stroke have all been connected to sleep disorders. Depression, diabetes and obesity have also been connected. Furthermore, poor sleep accounts for thousands of driving accidents every year. 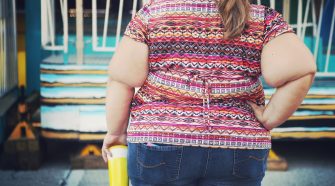