Should You Donate to Fight Cancer?

5 Ways to Wake Up Right

How to Diagnose & Treat Stomach Flu

Walmart, Costco and more are pulling produce after voluntary recall issued on peaches, nectarines and plums.

If you’ve shopped recently at Walmart, Costco, Kroger or Trader Joe’s, this article’s for you.

Wawona Packing Co. has issued a voluntary recall on peaches, plums, pluots and nectarines packaged at its Cutler, CA warehouse between June 1-July 12. Consumers should look for fruit with stickers that say ‘SWEET 2 EAT,” according to recall warnings. Wawona officials have reason to believe the aforementioned products may be contaminated with Listeria monocytogenes, a bacterium that can cause Listeriosis. In severe cases, Listeriosis can be fatal.

The most common symptoms of Listeriosis include gastrointestinal issues like diarrhea, fever and muscle aches. Pregnant women are urged to exercise extreme caution as they are more susceptible to serious infection, according the Centers for Disease Control.

The CDC estimates that roughly 1,600 illnesses are caused by Listeriosis each year, with about 260 of those resulting in death. Since 2001, outbreaks of Listeriosis have been on the decline, but that hasn’t stopped Wawona from issuing a precautionary recall.

Trader Joe’s, Kroger, Costco and the Walmart Corp.—including Sam’s club stores, recently posted notifications regarding the fruit recall on their websites, and shoppers should be aware that the recall is nationwide, according the U.S. Food and Drug Administration.

Routine tests performed at the Wawona packing warehouse revealed the potential Listeria contamination. According to the FDA, the Cutler, CA warehouse was promptly shutdown and sanitized. Furthermore, additional tests have come back negative for food-borne illness at the same facility.

“We are aware of no illnesses related to the consumption of these products,” Wawona President Brent Smittcamp said in a recent statement. “By taking the precautionary step of recalling product, we will minimize even the slightest risk to public health, and that is our priority.”

Next Skin Cancer on the Rise 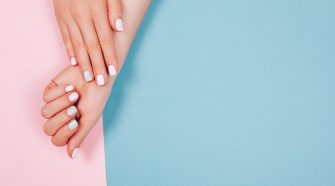