Would Your Kitchen Pass a Health Inspection?

Whether it’s TV, video games, or simply a lack of interest, studies show our kids are becoming less and less physically fit.

“Remember when human beings used to run?” – Some person from the future

Adults everywhere may now have some additional facts to support their efforts to prove that kids these days just aren’t like they used to be. Recently, Dr. Grant Tomkinson presented research at an annual international conference held by the American Heart Association that demonstrates children’s cardiovascular health is declining at a rate of 5 percent every decade.

What does that mean exactly? It means that children these days are less fit than their counterparts were 30 years ago. It also means that kids nowadays are at a greater risk of health problem both now and in the coming years of their lives. One concrete example Dr. Tomkinson and his fellow researchers found after looking through over 50 studies, in which almost 25 million kids participated, is that kids are now running a mile about a minute and a half slower than their peers from 30 years ago.

Furthermore, the US Centers for Disease Control report that childhood and adolescent obesity have more than doubled and tripled respectively in the last 30 years.

“Country-by-country fitness findings are mirrored in measurements of overweight/obesity and body fat, suggesting one factor may cause the other. In fact, about 30 percent to 60 percent of the declines in endurance running performance can be explained by increases in fat mass,” Tomkinson said.

The decline in cardiovascular performance over the past 30 years is almost certainly connected to rise in obesity figures among children and adolescents, but researchers suggest that there is more to the problem than just poor dieting.

As a country (and really as a global population) our attitudes toward exercise have changed. Exercise is often seen as punishment or some kind of obligation. At the risk of sounding like an overly nostalgic old man, there was a time when playing meant doing something other than killing monsters on a video game. Running around outside for hours used to be fun—possibly because there were fewer options competing for our attention.

In fairness, the jury is still out on the negative (or not so negative) effects of video games on children. But whether or not they contribute to unhealthy social behaviors in the future is not the issue. If children are playing hours of video games when they could be outside running, riding their bike, or otherwise engaged in an activity that uses the body’s big muscle groups, then maybe we need to think about their place in our lives.

The American Heart Association suggest that kids should engage in at least 60 minutes of daily activities that use the body’s big muscles, such as running, swimming or cycling. Even though some kids may be strong, flexible, or skilled at a particular sport, but there is simply no compensating for a lack of cardiovascular fitness.

“We need to help to inspire children and youth to develop fitness habits that will keep them healthy now and into the future,” Tomkinson said. “They need to choose a range of physical activities they like or think they might like to try, and they need to get moving.”

Previous Life After 50: The Trap of Perfectionism 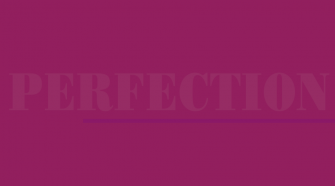 Life After 50: The Trap of Perfectionism