It’s not that surprising that your new diet doesn’t work, say researchers from Isreal. In fact, universal diets may become a thing of the past, if their research is accepted and replicated.

Researchers at the Weizmann Institute of Science in Israel carefully measured the bodily responses of 800 people eating more than 46,000 meals, and found that bodies respond differently to the same meal. Sometimes, two bodies have the opposite reaction. In fact, one subject had blood sugar raise higher after eating sushi than after eating ice cream.

This could mean the end of dieting plans that are supposed to apply to a large demographic. The (insert new popular diet name) Diet will never be a universal solution, because bodily responses to the same foods will always vary drastically.

Dieting of the future will have to be based on very individualized understanding of your own body.

Even to something as common as bread, the Isreali researchers found, glycemic responses varied drastically. This means that if your friend insists you cut bread out of your diet to lose weight, you actually don’t have much cause to listen.

Researchers were surprised to find such drastic differences.

“This is really a big hole in the literature,” says Professor Segal, one of the lead researchers.

So What Kind of Dieting Will Work?

Perhaps the biggest implication of this research is that dieting advice given from one person to another might not work. In fact it could be the opposite of successful. The right diet scheme is entirely dependent on a person’s understanding of his or her own body.

Of course, some nutritional advice is nearly universal. Don’t consume absurd amounts of sugar, don’t eat bacon for every meal, etc. But even the advice to eat low-fat diets might not be right for everyone.

If the Israeli researchers are correct, the new frustration with dieting will be to find ways to understand your body’s responses to food. Knowing what sends your blood sugar skyrocketing, and what foods cause which changes in the body, isn’t an easy thing to do. But this may be the only way to discover the correct dieting plan.

Next As the COVID-19 pandemic continues to have a global impact, surgeons at Texas Children’s Fetal Center® have turned to technology to continue teaching their innovative, minimally-invasive technique for repairing spina bifida in-utero to fetal surgeons worldwide. 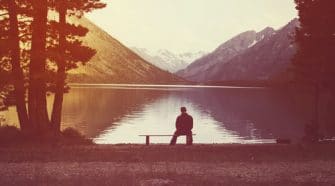