My Experience With Meal Delivery

Michelle Vance’s battle with bipolar disorder, and how she overcame

Understanding your enemy is the first key to winning a battle, but more often than not, that is a luxury the mentally ill don’t possess. The story of Salt Lake City’s Michelle Vance highlights the damage mental illness’ stigma brings, and the need for change.

In Michelle’s case, as is the case with many, it wasn’t just that she didn’t understand the issues at play—nobody else around her did either, including family, friends and even teachers. She recalls privately explaining her health condition to a teacher who embarrassed her in front of a class. She remembers people somehow treating her as intellectually inferior when she related her bipolar disorder, even though that illness doesn’t affect intellect at all.

What is Bipolar Disorder?

Bipolar disorder is characterized by an irregular pattern of changes in mood, energy and thinking. These changes can be dramatic or subtle.

“People relate mental illness to not being smart, quick or all there,” she says, “which isn’t true.”

Misunderstandings like this are a huge roadblock for young people who need help. Another common misconception is that the mentally ill are dangerous.

“I’ve always found it funny when people think that I’m a dangerous person; it couldn’t be further than the truth,” Michelle says.

It wasn’t until she was diagnosed at age 16 that Michelle finally had a name for what she was experiencing. But that didn’t fix the issues she dealt with. Her family offered little support, and she had no peers or confidants.

For years she took part in different residential treatment programs. At 18 she checked herself into the Utah State Hospital where she spent months learning about mental health and accepting who you are. But she still lacked a positive belief in the future.

“I had accepted my mental illness, but I hadn’t accepted that life was worth it,” she says.

After the mental hospital, she got into partying, substance abuse and other problems. The pivotal point was the tragic suicide of her friend. At that moment she realized she could be better, and started to care about her future. She became determined to not let her disorder get the best of her life.

That decision led to Michelle’s service as a volunteer. Now she is certified peer support specialist working for the National Alliance on Mental Illness (NAMI)  and the Utah Family Coalition in Utah to help other youth who are dealing with similar obstacles that she had to deal with. She was recently recognized for her work by the Substance Abuse and Mental Health Services Administration (SAMHSA) as part of their Children’s Mental Health Awareness program.

These changes didn’t mean that the bipolar symptoms disappeared, however.

“I still struggle with highs and lows, but I’ve learned some ways to cope by myself,” she says.

She was at one point on eight different medications. Now that she understands herself and her illness, she is better able to control symptoms without medication.

As part of her work, Michelle is trying to help erase the stigma attached to mental health. First and foremost, she says, the people with mental health concerns, especially youth, need to be able to talk about what they’re feeling. This often isn’t the case, as uninformed families and friends tend to detach mental illness from the world of medicine and shame it in a dark corner to be ignored.

“If it’s not okay to talk about what you’re feeling and experiencing, then it’s hard to get help,” Michelle says.

Michelle says treatment systems need improving as well. The study of mental health is still progressing, and public misunderstanding is the biggest inhibitor to progression.

Previous Skin Cancer on the Rise 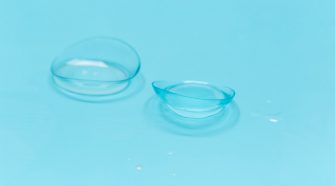