The topic of sleep is anything but dormant these days. People want to know how to sleep better, and if a sleep disorder is getting in the way (this is the case for a surprising percentage). Sleep medication is the answer for millions of Americans, who just pop a prescription pill as part of their nightly routine. While this may be effective for increasing sleep in the moment, the continued use of sleep medications for months and years is a largely unstudied and potentially risky behavior.

Long-term medication use is frowned upon throughout the medical world, though not as much in sleep medicine, where researchers aren’t agreed as to what the consequences are. Research on sleep medication use for 6 to 12 months finds sustained effectiveness and no serious side effects, but beyond that time frame the research is limited.

That isn’t to say there aren’t warning voices though. One 2012 study from the Scripps Clinic looked at more than 30,000 patient records and found that being prescribed sleep hypnotics was associated with a variety of health risks, even when a patient was prescribed less than 18 pills a year. Researchers also controlled for preexisting conditions, but the associations remained.

“What our study shows is that sleeping pills are hazardous to your health and might cause death by contributing to the occurrence of cancer, heart disease and other ailments,” said author Daniel F. Kripke, MD, in a press release.

But the study authors wrote that other associations might exist and that more research is needed. Despite the potential risks, sleep medication is becoming more and more common. According to Scripps, the sleep medication arm of the pharmaceutical industry expanded 23 percent in the US from 2006–2010. The Atlantic reported that the number of prescriptions for the common sleep hypnotics called nonbenzodiazepines (e.g. Zolpidem, Ambien) have risen by 30 times from 1994 to 2007.

Aspects of this trend concern some sleep medicine professionals. For example, many people report taking multiple sedating drugs simultaneously, which is dangerous, if only in regard to driving and certain occupations. A significant percentage, according to a Harvard Medical School Study, combine sleep medications with opioid painkillers, anxiety medications and more.

Additionally, while these medications are effective at increasing sleep levels (though not always, see stat) they may also cover up medical and cognitive problems rather than provide any real solution.

ER visits from overmedicaton of Zolpidem:

*These emergencies generally occur when patients don’t feel desired results from the drug, and take additional medication above the prescribed amount. Suicide attempts are not included in the numbers.
Source: SAMHSA

Understanding and fixing the root of your sleep problem is far better than taking medication to mask it. For some, a medical condition is the central contributing factor to sleep loss. Others have a chronic illness requiring medication that influences sleep. Still others are kept awake by pain or from mental health problems such as severe depression. Don’t use sleep medicine as a way to avoid needed treatment.

Not as obvious is the fact that insomnia can also be caused by something as simple as worrying about your lack of sleep. This anxiety about sleep patterns and other nighttime cognitive trip ups are common. Some lie awake in bed too often and too long, conditioning themselves to repeat the behavior. We can create an association in the mind with the bed and being awake.

For this type of insomnia, common medications like Temazepam, Estazolam, Zolpidem, Zaleplon, etc. may be effective, but don’t present an actual solution.

“The medical treatment of chronic insomnia is palliative (reduces symptoms, provides no cure),” says Michael Perlis, PhD, Director of the Behavioral Sleep Medicine Program at the Perelman School of Medicine, University of Pennsylvania. “The best one can say is that the clinical gains conferred by BZs and BZRAs (the common classes of medication for insomnia) are obtained only so long as medication is used, and some would argue that such gains cannot be maintained indefinitely.”

Perlis’ research shows that cognitive behavioral therapy (CBT) for insomnia works just as well as medication. The barriers to sleep are often mental, which makes this approach logical. Most importantly, improvements made with CBT are enduring. Medication cannot make the same promise.

The consequences of using sleeping pills for years or decades are not well understood. Sleep scientists do understand, however, that sleep medications do not provide for normal sleep, according to Perlis.

Whenever sleeping pills are prescribed, a timeline should be set, with plans for reevaluation. Recent research from Perlis shows that the millions of people taking sleep aid medication “may be able to get relief from as little as half of the drugs.” Combining medication with cognitive behavioral therapy can help restore healthy mental patterns for better sleep once medication stops.

The two most common approaches to the long-term use of sleeping pills are to take them as needed, or to take them intermittently (3–5 nights a week). Perlis’ research suggests an alternative method might be more effective: start with a standard nightly dose, use nightly for a month, and then reduce the medication dose or frequency by 50 percent. Reducing frequency requires the use of placebos.

“This is truly a novel approach and seems superior to the more standard approach of intermittent dosing,” Perlis says.

Perlis says that the more traditional approach of intermittent dosing could be an impediment to getting off the drugs entirely, but probably for psychological reasons.

“People find that when they don’t take the pill (don’t take anything) for a night or two they sleep reliably worse… the lesson learned is that nightly use is required. Not a great lesson,” he says.

Even after using sleeping medication for just a few days, there can be some problems with discontinuation. Some experience physical or psychological withdrawal, or rebound into insomnia again. For some patients, the rebound insomnia fades in a few days.

The most effective approach for getting off sleeping pills is to taper dosage and frequency down until you stop taking it entirely. The manner in which the tapering occurs may be significant, however, as explained previously.

Those who would like to discontinue sleep medication use can find professional assistance at sleepeducation.com or behavioralsleep.org.

Next Naps are the Answer 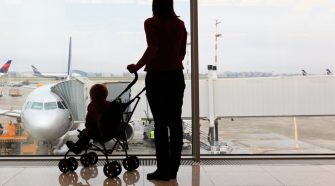