We all like to think that being kind, responsible, and fair will lead to a happy life. But what if we’re wrong? What if nice guys really do finish last? A new study published in Nature Human Behavior finds that those who value economic equity, at their brain’s core, are more likely to be depressed. Those who prefer everything for themselves tend to be happier. But, do you find that to be the case in your personal experience?

According to the model of “social value orientation,” humans can be placed into three rough categories, based on their reactions to economic inequity:

In 2010, Dr. Masahiko Haruno determined in Nature Neuroscience that primal brain structures like the amygdala “lie at the core of prosocial orientation.” His research group suggested that, when exposed to economic inequity, prosocials have strong activation of the amygdala, an evolutionally ancient region of the brain associated with automatic feelings of stress. In a simulation where others received more money than they received, the pro-social amygdalae were activated. When they received more money than others in the simulation, they had amygdala activation again, suggesting automatic feelings of stress or guilt. The individualists, on the other hand, only had strong amygdala activation when they were the victims of the inequity. The individualist amygdala was relatively unfazed when the individualist unfairly got more money than another person. Both groups had amygdalae that were sensitive to being victims, but the prosocials were uniquely sensitive to economic inequity that benefitted them financially. They had guilty amygdalae.

To see if these patterns of brain activity were associated with depression, the researchers used a common depression questionnaire called the Beck Depression Inventory. The Beck measures symptoms of clinical depression within the past two weeks of taking the survey. Haruno’s group found that having a prosocial pattern of brain activation was associated with more depression. This was also true when they followed up with participants one year later. Psychiatrists have long suggested that certain personality characteristics, including extreme empathy and a propensity toward feeling guilt, are associated with developing depression. The study showed that this sensitivity may lie in the deepest, most primal, and most automatic parts of the brain.

Pro-socials are prone to experiencing guilt and stress when faced with economic inequity, and this seems to be wired into some of the deepest, most automatic structures of the brain. But by training higher-level brain processes like the pre-frontal cortex, pro-socials can learn to control these emotions and fight depression. 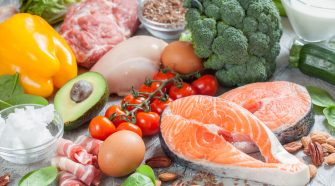