How Your Job Makes You Dumber

Researchers over the decades have striven to understand the brain and cognitive functioning. As this understanding has grown, we now know that certain workplace behaviors may actually inhibit our productivity and mental capacity.

Here are some ways your paycheck costs more than you bargained for.

Stress sometimes makes us feel frazzled and shriveled. Your brain can relate, unfortunately.

According to Sinha, stress most greatly affects the prefrontal cortex, and damage there can lead to a variety of mental problems.

“It’s important for top-down regulation of our emotions, cognition, desires, and impulse control,” she said.

We already know stress negatively affects the cardiovascular system and other important body systems, and now it may be that stress makes us less intelligent, so find ways to reduce stress.

Multitasking: Being dumb and unproductive at the same time

Stanford’s Dr. Nass told npr.org that chronic multitaskers may actually be harming their ability to think.

“They are the worst at most kinds of thinking not only required for multitasking but what we generally think of as involving deep thought,” Nass said.

He said they are worse than their peers in three areas:

So settle down and focus on one thing at a time. You run the risk of being foolish otherwise.

Besides, though it speaks in the face of reason, chronic multitaskers are actually the worst at multitasking, according to Nass’s research.

Our brains are shrinking! Scary but true.

Beginning in our late 20s, most of us lose about one percent annually in the volume of our hippocampus, the part of the brain used for memory and certain types of learning, according to the New York Times.

But researchers have found that exercise seems to slow or even reverse this loss in brain volume. A 2011 study had 120 older men and women do walking or stretching programs, and the walking group had larger hippocampi after one year, effectively giving them two more years of hippocampal youth. Stretchers lost volume.

A day at the desk is not only a day free of physical activity, but it also makes working out later more difficult, because we are mentally exhausted. So we just go home and watch TV on the couch instead. Can you feel you brain shrinking?

Find ways to be active at work, and plan a weekly exercise routine. It could help save your brain.

You answered 60 emails today and are feeling great about it. Well hold your horses, communication pro.

University of California researcher Gloria Mark and colleagues found that a constant flux of email messages causes high levels of stress and hurts one’s ability to concentrate. Their study participants changed computer window screens an average of 37 times per hour, meaning they never focused on any one thing for more than a couple of minutes on average.

Mark suggested that it may be more productive to answer emails in batches.

“Email vacations on the job may be a good idea,” she said.

Another study from England supports this idea, finding that constant email checking lowers IQ by about ten points, the equivalent of missing a night’s sleep or smoking marijuana.

Psychiatrist Dr. Glenn Wilson and colleagues at King’s College in London monitored the IQ of workers throughout the day, and found that the habit of over-checking emails is a “widespread phenomenon.”

“We have found that this obsession with looking at messages, if unchecked, will damage a worker’s performance by reducing their mental sharpness,” Wilson said to CNN.com.

It is difficult to learn new skills if your job does not require it. After five years on the job, many careers leave little left to learn.

But learning new skills and remaining mentally active is important for our future health, according to the Geriatric Mental Health Foundation (GMHF).

Work out your brain daily, and it may help ward off dementia later in life, like Alzheimer’s disease. Stimulating new areas of the brain is one way to keep the mind fit. Learning a new language or a new instrument, solving a puzzle and writing a story are just some ways to challenge yourself intellectually.

At work, there are ways to stimulate your intellect, to make sure you are utilizing that wonderful tool we all have: the brain.

If You Hate It, It Hurts You: Careers Define Wellbeing

If your desk has become an instrument of torture, make some changes or suffer the mental and health consequences.

A job is a job, it’s true, but for people who dislike their job, or feel disconnected from it, work can be awful for general wellness. Some, like Gallup, suggest that career may be the single most important element of one’s wellbeing.

Engaged workers are twice as likely to be thriving in their lives overall, compared to disengaged employees, Gallup.com reported.

In fact, only 23 percent of employees who don’t feel engaged in their work say their health is “excellent.” That level of health is on par with those who are unemployed.

The mind is included as part of wellness. Disengaged workers are much more likely to be depressed and anxious, studies show.

Tom Rath and Jim Harter looked at career wellbeing in their new book Wellbeing: Five Essential Elements, and suggested some ways to become more engaged in work, to have better health.

They wrote that employees should connect their work to a higher purpose, focus on their strengths and the strengths of others, set and achieve goals and should try and develop new skills.

The research in this article shows how jobs can cost us mental capacity and mental health, but most of these costs are completely voluntary. You can lower stress, be active and stop multitasking whenever you want. You’re already giving time, sweat and tears to your work, so give your mental health.

Previous A Guide To Theme Parks With Families: 8 Tips 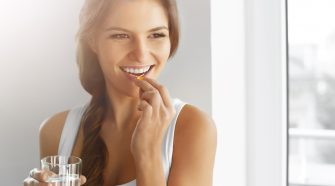