Millions of Americans are serious about fitness since we have long been told of its benefits. It is well established that consistent exercise promotes long-term health by lowering blood pressure, improving glucose tolerance, and assisting in weight management. Most people who exercise report an additional positive; physical activity improves their mental outlook. Recent reports go even farther. Regular exercise may delay the onset of dementia for those who are prone.

However, those are not the only systems that are affected. Modern research has documented many substantial changes that occur with exercise in our gut microbiome, which is being reshaped as a result of the metabolic changes that incur from regular moderate exercise. Exercise is associated with an increase in gut microbial diversity, which is associated with an improved metabolic profile and a strengthened immune system. This shift is believed to be the result of an increase in a particular bacterial strain, Bifidobacteria, that is essential for optimum health and whose levels tend to decline with age. Exercise provides a valuable boost to that population in our gut.

Although the great majority of those who exercise do so in the moderate range, there are increasing numbers of recreational and elite performance athletes who engage in very high levels of physical exercise in order to enhance performance. Extreme exercise is associated with a number of challenges, including a 10-20% in increase in heart size and an increased potential for cardiac arrhythmias. More recent evidence suggests that there is also a general immune deficiency associated with prolonged exertion. In fact, it is common for elite athletes at the peak of training fitness during preparation for major sporting events to be prone to respiratory illnesses and a range of gastrointestinal symptoms. For example, it has been documented that among ultra-marathoners, there is an increased risk of upper respiratory tract infection during periods of heavy training and the 1-to 2-week period after marathon-type race event.

Previously, it had been supposed that the depressed immune function coincident with strenuous exertion and heavy training was a by-product of dietary deficiencies in protein, carbohydrates or specific micro-nutrients. However, there is new evidence for a surprisingly different common denominator for this set of problems among endurance athletes is centered within the gut microbiome. Extreme exercise is associated with gut related immune deficiency from increased permeability of the intestinal cells that line our gut. This disruption leads to the common symptoms of nausea, bloating, cramping, pain, diarrhea, and even bleeding. Under the chronic stress of exercise-induced muscle fatigue and dehydration, the intestinal cells cannot sufficiently counteract and detoxify the free radicals that are being produced by extreme exertion. In these circumstances, some of the less desirable products of on-going gut microbial metabolism can cross the gut lining barrier, a condition known as endotoxemia. As a result, extreme endurance training has been shown to be associated with a rise in inflammatory markers in the body and a breakdown of gut integrity. These are known pathways towards chronic disease.

Fortunately, there is a way to counteract these negative effects. A number of studies have suggested a benefit from prebiotic and probiotic supplements for serious recreational and elite athletes. For example, prebiotics, such as oligo-fructose enriched inulin, increase the number of the beneficial Bifidobacteria and Lactobacillus in the colon. These bacteria protect against pathogens and antioxidants and also stimulate the immune system. A specific by-product of Bifidobacteria metabolism, butyrate, is an essential metabolite in our colon that helps maintain the energy supply of the body cells that line the colon and protects gut integrity. It is now known that increasing the proper microbes in your gut enhances these protective effects.

The good news for recreational and endurance athletes is that there are convenient means to prevent the most common non-muscular complications of strenuous exercise. Certainly, the best advice for your optimum health is to exercise in moderation and support those efforts with a balanced and nutritious diet. But, if you insist on pushing towards even higher levels of athletic performance, part of your exercise regimen should include a daily supplement to boost your gut microbes, which are among your most important athletic partners.

Dr. Bill Miller has been a physician in academic and private practice for over 30 years. He is the author of The Microcosm Within: Evolution and Extinction in the Hologenome. He currently serves as a scientific advisor to Prebiotin. For more information, www.themicrocosmwithin.com.

Next Microblading: What the Heck? 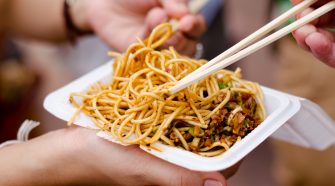