The High Cost of Medication: A Critical Piece in the Puzzle of Healthcare Reform

One of President Trump’s chief campaign promises was an oath to repeal the Affordable Care Act, or Obamacare. This has proven to be a greater struggle than the President perhaps anticipated, and this struggle has re-opened the wider debate over healthcare in our country. One of the central themes in the healthcare debate is the cost of prescription drugs— according to a recent Harvard Medical School study, paying for prescription medication makes up almost one-fifth of what a person spends on healthcare. To quote President Trump, that’s huge. And prices are rising at a rate that makes prescription medication increasingly inaccessible for the average American. According to the AARP, drug prices increased an average of 208% from 2008 to 2016— and incomes certainly did not increase at a comparable rate.

1/5
Paying for prescription medication makes up almost one-fifth of what a person spends on healthcare.

Let’s take a closer look at some of the explanations about why prescription drugs are so expensive.

There is often no incentive for programs and companies to prescribe a generic alternative over the more expensive brand name drug. According to the law that established Medicaid, it has to cover any and all drugs approved by the Food and Drug Administration (FDA), even if a cheaper, but equally effective drug is available. Let’s say you work at a pharmacy and you have the option to prescribe a more expensive drug or a less expensive drug. To make better numbers for your pharmacy and make more money for your company, you’ll prescribe the more expensive drug. And why wouldn’t you? We can’t rely on personal altruism to be the incentive.

There are government-protected monopolies on certain drugs. This prevents less expensive generic drugs from being available, forcing consumers to pay out for the big-name drug with the hugely inflated price. Why is it so bad to have only one drug available? When there’s no competition, manufacturers are free to hike up the prices as far as they wish— hence, a monopoly. Brand name drug prices are cut almost in half once two generic alternatives are available and cut to a third once five generic alternatives are available. While some argue for more government regulation on the pharmaceutical industry, this is an area where some free-market competition would do some good.

Drug patents can take several years to get approved, meaning that a pharmaceutical company must wait several years before it can even begin selling a medication and making money.

So what can be done to make prescription medication more financially accessible to the average American? The four brief explanations above are the tip of the iceberg when it comes to the complicated web of the pharmaceutical industry and the resulting high drug prices, illustrating that there is no simple reform or straightforward solution to the problem. Rather, perhaps there are smaller reforms and smaller partial solutions that can chip away at this mountain of a problem. Programs like Medicare and Medicaid could be required to use a generic alternative if it is available, rather than allowing profit-driven pharmacies to prescribe the highest-cost medication. NIH-funded grants for drug development could have contingencies about eventual drug pricing. The patent approval system could be streamlined. We could fight for reform to end government-protected monopolies in certain drugs, which would allow generic alternatives to be introduced to the market, lowering prices. From an upstream, public health prevention approach, health education and health promotion campaigns could focus on lifestyle factors to prevent chronic conditions that often cause people to become dependent on a long-term prescription medication.

Next How the American Diet Has Changed 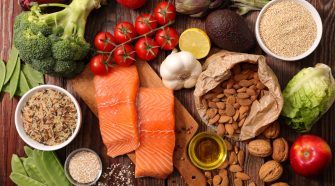 Seven Strategies to Not Overindulge During Holidays