Thin eyebrows are a plague among those who make appearance a high priority. Okay, plague might be a bit of an exaggeration, but still. People hate their thin, whispy, or missing eyebrows. In fact, thin eyebrows have led to the popularization of an edgy trend with a dangerous-sounding name: microblading.

Face tattoos? Not cool, right? Well this is a little different. Microblading experts, or those who claim to be, use a manual, handheld tool to apply the pigment, rather than the typical needle machine. They draw/tattoo on thin lines that look like hair, to supplement the appearance of the actual hair (or replace it, if there isn’t any). Also called microstroking, eyebrow embroidery and other names, this technique has been popular in Asia and parts of Europe for quite some time.

A microblade tool looks like an X-Acto knife, but the blade is actually a series of tiny needles. These needles are dipped in the desired color, and a series of fine cuts (microcuts) are made on the skin. The process generally takes a couple of hours, and a couple of sessions are generally recommended for the fullest eyebrow look. The Microblading artist may recommend coming back in six months for a touch up.

Note: There are some variations to microblading. Some cosmetic professionals use a single, very fine needle to create the eyebrow look. 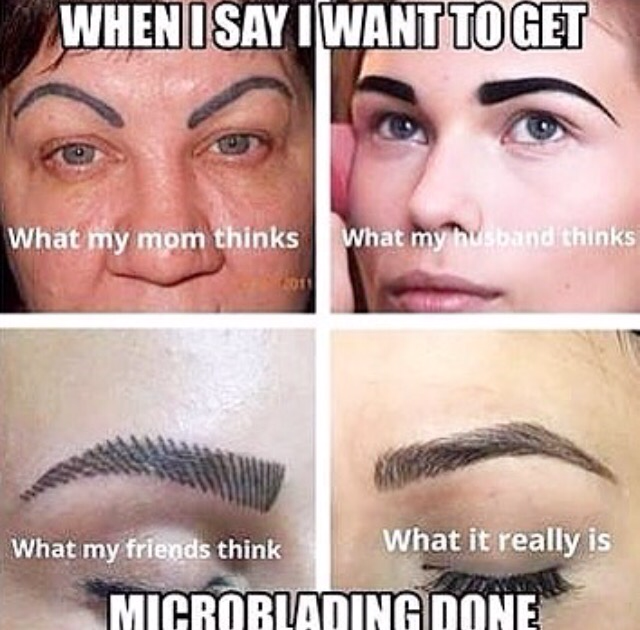 So Does It Actually Look Good?

Sometimes. Actually, sometimes it looks great. In other cases, it looks like a Star Trek alien makeup contest gone wrong. This is a new-ish thing in the United States, and there are a lot of people taking up microblades to make an extra buck. This means there is a wide range of skill level. Choose carefully.

Important to note is that microblading is not like permanent tattooed eyebrows, which seem to mimic what a Sharpie might do if you drew on someone’s face. Microblading uses a different kind of pigment which is actually semi-permanent, fading over time. Microbladed eyebrows generally last 1-3 years. Microblading also doesn’t implant the pigment as deeply as other permanent cosmetic procedures.

Yes it does, but most say this procedure isn’t too bad. It depends on your pain tolerance. Also, topical numbing creams are generally used to dull the pain.

After the procedure, some people feel an itching sensation or experience redness. It is important to not expose the tattoos to any moisture after the procedure so they don’t fade. Experts say sunshine also speeds up fading. 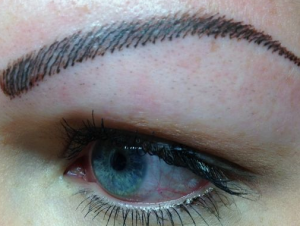 Remember, people are drawing on your face with needles. This procedure cuts the skin, meaning you should exercise caution before choosing your microblade specialist. Untrained specialists may inadvertently give you a terrible look, sure. But novice microbladers unfamiliar with proper sanitation and bloodborne pathogens might also give you infections in the eyebrows, which not only looks bad, but can be dangerous.

While commercial tattoo and piercing shops have to undergo health and safety inspections, many are setting up microblading businesses out of their own homes and marketing through social media. The industry is largely unregulated. It’s like the Wild West of the cosmetics world.

Look for someone who is certified (preferably by the state health department), and who has training about bloodborne pathogens. Certifications will vary by state, so do your research. Many cosmetic industries, such as hair and nails, require a minimum competency level, meaning to work in the industry you need to a certain number of hours of schooling and training. Not so with microblading. Many states don’t have any regulation whatsoever. Some microblading specialists have only taken a two or three day course and started taking clients.

Remember, eyebrows are a super important part of your face. Don’t risk them.

Fortunately, because microblading is not as permanent as a normal tattoo, reversing bad brow jobs is possible. Laser tattoo removal is one option, and there are also saline solutions that can speed up the fading process.

Previous You Can't Outrun Your Microbes: How Exercise Affects Your Gut

Next How Do You Recognize Food Allergy? 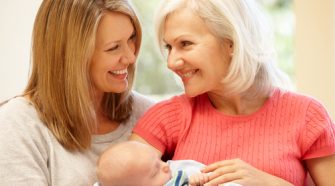