The stigma and struggle of social disconnect

A prisoner in isolation. Tom Hanks talking to a painted volleyball. A child alone at a lunch table. Loneliness is an enemy humans universally fight, yet not one with universal respect. We hesitate to admit we’re lonely, claiming “depression” as a more legitimate and less weak label. But research shows that loneliness both crushes the human spirit and deals a heavy blow to our physical bodies, so it’s time to give this problem the respect it deserves.

The Contradiction of Aloneness

The cowboy rides into the sunset, the pilot surfs on clouds, the explorer summits the peak—alone. We stand in awe of the power a human alone wields, and we aspire to that solitary strength. Furthermore, we value the luxury of privacy. We want a private garden, a private car and a private home theater so we can watch the lone Superman save the world. We love self-serve stations for food and gas. We love social interactions across a digital medium from our private dens.

But about 20 percent of people report loneliness to be a major source of unhappiness in their lives.

“Our lives are spent in a tug-of-war between conflicting desires—we want to stay connected, and we want to be free,” write Jacqueline Olds, MD and Richard Schwartz, MD in The Lonely American: Drifting Apart in the Twenty-first Century.  “We lurch back and forth, reaching for both, and are surprised by our sadness when one side actually wins.”

A particular side seems to be winning more and more. From 1985 to 2004, the number of people who reported they had nobody to discuss important matters with tripled, to 25 percent, Duke University researchers reported.

The increase may be because of more delayed marriage, dual career marriages and single-residence households. Some are quick to blame technology, which does indeed facilitate surface-deep relationships while often failing to maintain the deep ones. But the growing number of older people are feeling a singular sting of loneliness. A 2010 AARP survey found that 35 percent of adults older than 45 were chronically lonely, as opposed to 20 percent of a similar group surveyed only a decade earlier.

Despite its prevalence and whatever the cause, people aren’t comfortable admitting they’re lonely, Olds and Schwartz write.

“Talking about loneliness in America is deeply stigmatized; we see ourselves as a self-reliant people who do not whine about neediness,” they say.

The Physical Consequences of Loneliness

Admitting your loneliness may be the first step in avoiding the harsh health consequences. John T. Cacioppo of the University of Chicago’s Department of Psychology has done extensive research into the effects of loneliness. To Cacioppo it is clear that the consequences of loneliness extend into physiology.

“Social isolation has an impact on health comparable to the effect of high blood pressure, lack of exercise, obesity or smoking,” he writes in his book Loneliness: Human Nature and the Need for Social Connection.

Loneliness is associated with the following:

It feels somewhat strange speaking about this issue as if it were some medical condition. After all, one doesn’t catch loneliness from a sneeze, and most doctors aren’t trained to detect it. Nevertheless, the pain of loneliness is almost universally understood, most often from first-hand experience, even without detailed comprehension of the consequences.

Solitary Confinement in the Justice System

Research into the effects of solitary confinement have found that it can cause “a persistent and heightened state of anxiety and nervousness, headaches, insomnia, lethargy or chronic tiredness, nightmares, heart palpitations, and fear of impending nervous breakdowns.” Other effects include confusion, obsessive ruminations, oversensitivity to stimuli, irrational anger, hallucinations, emotional flatness, mood swings and feelings of deterioration. Some even call solitary confinement cruel and unusual punishment, saying it is violation of the 8th Amendment. Internationally, many countries condemn it as torture.

That said, the absence of deep relationships is bad thing for most people. In surveys, the factors that contribute most to happiness are almost always dominated by social affiliations: family, love, intimacy, etc.

Prominent cases of loneliness include Judy Garland, Marilyn Monroe, and Princess Diana, people who had no lack of admirers, but maybe lacked something more important.

Determining the causes of loneliness can be difficult for that very reason—it’s not about how many people a person has, it is about depth of relationships, and if the person feels the social connection he or she expects.

Studies on loneliness have determined that the causes are about 50 percent environmental and 50 percent heritable. Inheriting a proneness to feeling lonely doesn’t mean that you’ll necessarily be lonely, but that when you feel social disconnection, your distress levels might be higher.

As stated above, this is a universal struggle. A valued social connection is priceless, and a natural desire. Here are some ideas for finding those people that are vital for your wellbeing.

Become involved in the community. This is a great way to meet people with similar interests, hobbies and passions. Church, athletic clubs and service organizations are a good place to start.

Focus on getting out of the house. Keep the hook in water, so to speak.

Attitude is everything. Attracting others depends on you, and not just your looks. A smiling person who laughs a lot draws admirers and friends.

Psychologists say one consequence of loneliness is that a person becomes more sensitive to and on the lookout for rejection and hostile encounters. We basically become a little more guarded and wary in social settings, which can inhibit relationship construction. Try to be positive in your assumptions about others that you don’t yet know.

Have patience and be consistent in trying to deal with your unmet social expectations. Also, your satisfaction doesn’t have to depend on relationships. As you try to deepen relationships, also strive to find contentment with yourself, alone. This is a matter of self-respect.

Balancing individual strength with the value of relationships is a war waged for a lifetime. As you fight for both, remember that social connections have value mentally, physically and emotionally.

Previous How Old Is Your Heart?

Next 4 Ways to Keep Kids off the Couch 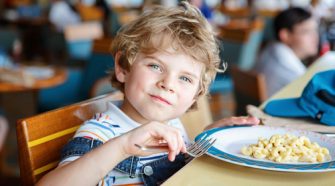