Nutrient Needs From Infancy to Adolescence

Why Mondays Are Actually the Worst

Have you ever noticed as you’re scrolling through your Instagram feed, double tapping on every other picture, feelings of jealousy, envy, and a little bit of FOMO (fear of missing out)? Your friends went out to get ice cream, didn’t invite you, and have posted about it four times. It appears that most of your girl-friends have boyfriends, and according to their caption they are, “MADLY IN LOVE <3.” Twelve of your “friends” (might I add, you haven’t talked to them in four years since you graduated), just had their first baby and can’t stop posting pictures of them splashing in the bathtub. You keep scrolling and see posts from fashion bloggers, consisting of all the new, cool free stuff that they received via mail; travel photographers who just left the crystal-clear Bahama waters, and are now on their way to the heart of Rome. Everyone on your social media feed is laughing in some sort of candid pose, looking like they are having the time of their lives. As you hop from Instagram to Twitter, to Snapchat to Tumblr, everyone’s lives look thrilling and picture perfect. You lock your phone and slurp a spoonful of your 15-cent top ramen, look around your dorm room comprising of plain walls, minus the picture of your cat, and for some reason you can’t help but feel down.

Tips to Get Out Of Social Media Sadness

The average person on Facebook has about 400 “friends” but in reality, they only keep in contact or in interact with 30-40 of them. Many social media platforms provide an edit button that allows you to condense who you see on your feed. Detoxing your social media is a great way to focus on who is important in your life. Selectively pruning who and what you follow, will help minimize unimportant or anxiety triggering posts.

Using social media in a healthy/positive manner is associated with less loneliness, less stress and less depression. Scrolling through your feed and double tapping “like” now and then as your only form of interaction is associated with negative feelings towards one’s self. Using substantive communication, which is when you exchange positive words or pictures with someone, is associated with positive moods. Genuinely commenting or interacting with those you follow improves self esteem.

“If you’re merely viewing other people’s productions, the good effects aren’t there. Likewise, for exchanging minimalist communication such as ‘likes’. There is no benefit in communicating with people that you don’t feel close to.”Kraut

The #Tag Challenge is trending so hop on board! It is simple, snap a photo of something that makes you feel happy and post it with a positive #tag. Get inspired, and be yourself! Get creative and use hashtags such as, #100happydays, #blessed, #behappi, #powerofpositivethinking, #inspirationalquotes, #goodvibes, and #happysoul. As you do this you can make your social media site a ‘modern day gratitude journal,’ filled with the positive happy moments from your life. Everyone has days where they feel down, and so this is a great example to have, and look back to see that the recollection of your life could be skewed by your current sad mood. This will help you realize that things are better than you feel at that moment or in that certain situation. A gratitude journal intermingled with the positive vibes from #tags, will help you focus on the happy scale of things in your life.

These five tips can help you overcome the addictive nature as well as depressive symptoms relating to social media:

1. Connect with others in a genuine manner

2. Think about ways to empathize and support friends

3. Use the internet in such a way to become more creative

4. Learn to self-manage, such as when on the internet, limit the time you spend browsing

5. When not online be physically active, spend time interacting face to face with friends and family.

In summary, clear out your followers by creating a list of people that you actually want to hear from. You can do that by muting, unfriending or unfollowing anyone or anything that makes you unhappy or triggers anxiety. Replace those things that make you sad or give you FOMO with things that give you joy and happiness. Make your media feed a place of laughs and smiles, by filling it with cute animals @thedodo, jokes @wholesomememes, or a self-care bot @everydaycarebot (Kobie, 2018). Interact with those you follow, instead of just double tapping on every other picture on your feed, send them a personal DM, or comment a genuine remark on their post. Spread the news about the #Tag Challenge with friends and family. Remember that it is important to also be posting on social media instead of just ingesting it all. Download other apps that have positive quotes, remind you to get off your phone, remind you to go outside and take a walk, or help you feel happy when you’re feeling down. 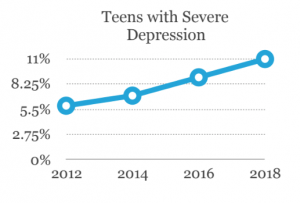 Depression is an increasing factor among teens today. Rates of teens with severe depression have increased drastically from 5.9% in 2012 to 11% in 2017. The scary fact is that 76% of teens receive either little or no treatment for their depression (MHA, 2018). A key instigator in teens depression today is the use of social media, but research states that social media networking can affect teens in a positive manner (Blair,2017). Many feel like they have a better connection with family and friends, and experience an increase in self-esteem if their social media platforms are performing well.  Others truly believe that they are making a difference in the lives of their social media followers by being a positive influence. Many social media users have the sense that they finally have a place where they are needed or feel as though they belong. Others pride themselves in the rewarding feelings that they receive when their social media platforms have received multiple likes, re-posts, retweets, comments, or new followers. Those of us that use social media on a daily basis could attest to these statements and confirm that at times, social media may boost our confidence, give us feelings happiness, as well as this sense of accomplishment.

Social media is attractive to many because they can create their own social identities, meaning they have a sense of who they are based on their group membership, which is problematic because these cyberspace interactive sites/identities are not a true representation of reality (Shensa, 2017). Teens can present themselves how they want to and express themselves in whatever way they wish, even if it is a false representation of who they really are (Oberst, 2017). Young people are instigating relationships via internet to make up for, or avoid, the awkward struggle of obtaining face-to-face relationships. Building relationships and interacting with  others via online is an emotion-regulation strategy that is craved by many (Anderson, Steen, & Stavropoulos, 2016). These online relationships can be very complex and can have both positive and negative effects on one’s wellbeing (Oberst, 2017).

Although numerous people can attest to the positive outcomes and highs of social media, there are also negative feelings and lows associated with social media. Consider the following question when reading the rest of this article: “Do the rewarding aspects of social media, outweigh the developing unhealthy habits of constantly checking social media?” Obsessive social media engagement and interaction takes a dominant position in countless teenager’s lives (Radovic, 2017). This obsession has become so extreme, that it is taking over life’s essential priorities. In the United States 44% of teens reported having high problematic social media use (Shensa, 2017). These problematic behaviors may lead to negative psychological consequences, some of which include: spending less time in their real-life environment and more time in the cyber-space world. Due to teenagers immersing themselves in the cyber-space world school is of lesser importance. This is resulting in lower grade point averages and is creating current as well as future academic issues (Oberst, 2017).

Although genders may use social media in differing ways, extreme internet usage can lead to isolation and depression, especially for teens (Elhai, 2018). Findings suggest that a majority of teens spend countless hours using the internet for anonymous fake identity experimentation. “Online pretending was reported to be motivated by a desire to play a joke on friends more often than to explore a desired or future identity, but participants reported a range of pretending content, contexts, and motives” (Gross, 2004). Future research would be required to show if, in this study, the experimentation of anonymous fake identities is related to the increase in depression in teens.

Several prominent negative effects can arise from social media use including: low self- esteem, high rates of depression, anxiety, feelings of loneliness and a risk of increasing existing mental health issues (Oberst, 2017). The higher the emotional investment in one’s social identity, the higher the amount of time that will be spent on social media, resulting in a higher risk of depression. According to Woods, (2016) using multiple social media platforms (or multi-media tasking) late at night is highly associated with poor sleep, anxiety, low self-esteem, and can for- see higher rates of depression and social anxiety (Becker, 2013).

After a stressful day of work and school, many come home and intend to relieve stress by relaxing on the couch and scrolling through their social media: such as Instagram, Tumblr or Twitter. In 2014 Gaudix Gamez found that the use of social media to ease stress, in turn actually contributes to an increase of depression (Oberst, 2017). “The representation of attractive people leading exciting and idealized lives in media programs invites social comparison and contributes to dissatisfaction with oneself” (Hodge, 2017).

Suicidal rise due to social media

Sadly, as social networking rises, the acceptance of self-harm and suicide ideation is becoming more common among teens (Cavazos-Reg, 2016).

Robinson, Rodrigues, Fisher, and Herrman in 2014 reviewed suicide and social media, reporting that, “In the six studies that examined the relationship between suicide and social media, people commonly used social media as a space to interact with individuals who shared similar problems” (Cavazos-Reg, 2016). Some viewers and followers in these studies expressed admiration and encouragement for the individual posting the self-harm content. However, these were not encouraging comments regarding “recovery” or “self-help”. These commenters were encouraging the one who posted the content, to continue in the self-harming behavior (Lewis et al., 2012).

From all these findings we can gather that social media is very influential, whether it is in a positive or negative aspect. Negative social media influence is leading many teens down a dark dreary road, clouded with depression, loneliness and even resulting in suicide. Something needs to be done, to put to stop this downward spiral among teenagers. One solution may be to better educate young people on healthy approaches to social media use. Currently, youth simply enter the world of social media with little understanding of how it may affect them.

anxiety and stress due to imagined smartphone and social media loss. Psychiatry Research,

Gross, E. (2004). Adolescent internet use: what we expect, what teens report. Journal of Applied

Next Book of Life Cheat Sheet

McCall Mecham is 23 years old and is currently a student at Brigham Young University. She anticipates receiving her Bachelors of Science degree in Child Life Specialty. McCall is a substitute teacher, a nanny and is fluent in Spanish and American Sign Language. In her free time she loves to dance, run, snowboard, travel and eat sushi. She recently has taken up photography and graphic design. 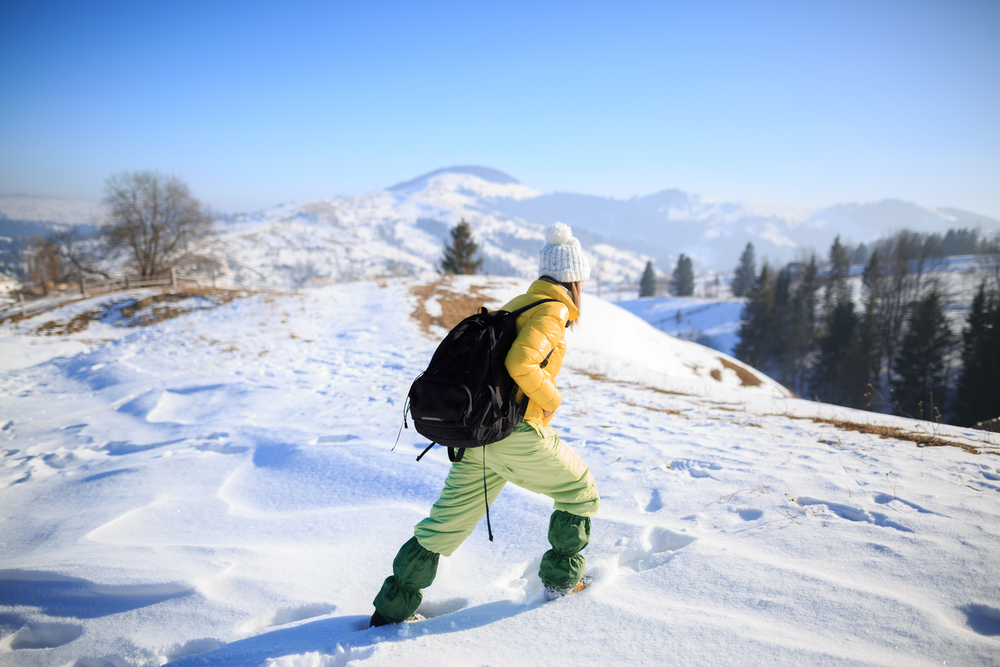