This particular dish has become one of my late winter/early spring staples. It’s warm and flavorful, like my favorite winter fare, but light and colorful like spring. And of course, a little inspiration from the traditional soups of Eastern fare gives it an unexpected kick.

This is a great first-course if you’re entertaining, but it can also pull together a casual family meal if paired with a soup or salad. It’s especially great if you’ve set a goal to lose some weight for the coming summer. Many important vitamins boil out of the plants themselves when you cook vegetables in water. However, they remain in the cooking liquid. So by consuming the broth and discarding what remains, you lose most of the calories while concentrating the nutrients. A double-win for dieters.

The finished soup is full of eight essential nutrients—including vitamins A, B and C, as well as iron and fiber. But note that, like most soups, it also contains quite a bit of salt. If you’re on a low-sodium diet, you might consider cutting the amount of salt added to the early stages of the broth.

Heat the oil in a large stock pot. Add the onion, carrots and celery and sauté, stirring occasionally, until the onions have begun to brown, about 15-20 minutes. Add the mushrooms, garlic, bay leaf, thyme, sage and salt with 1/2 to 1 cup water and continue to sauté for another 5 minutes, or until the mushrooms have absorbed the liquid. Then add 9 cups of water and bring the stock to a boil. Turn the heat down and let simmer, partially covered, for about an hour.

To finish the soup:

Strain the broth, replacing the liquid in a pot and discarding the spent vegetables. Add soy sauce and ginger. In a separate pan, sauté the onion, carrot and snow peas in a spot of oil until the vegetables are bright and fragrant and the onion starts to turn limp and transparent. Add the mushrooms, and continue to sauté the mixture until the mushrooms are just beginning to brown.

Portion the broth into bowls, and add a spoonful or two of the vegetable mix to each bowl. Garnish each dish with a sprinkle of chopped green onions and a pinch of red pepper flakes.

Dried mushrooms are one of the best-kept culinary secrets. They elevate almost any dish, but they do so without breaking the bank or a diet.
Don’t get me wrong—dried mushrooms, especially the high-quality varieties—can be a little pricey up front. But think of these like you would any other pantry staple. The initial investment is worth a little extra cost, because dried mushrooms will last several years if stored correctly, and a little will go a long way in most recipes.

Dried mushrooms have several advantages over fresh. They last significantly longer, and drying a mushroom actually concentrates the flavor. However, when re-hydrated, the texture of a dried mushroom won’t be quite the same as a fresh specimen. In my experience, this particular set of attributes makes dried mushrooms especially well-suited to soups, sauces and similar dishes where the mushrooms themselves will be pureed or discarded entirely before serving.

One important thing to keep in mind when preparing dried mushrooms: like fresh mushrooms, dried mushrooms often come packaged with a little earthy bonus—dirt and grit. Most of the time, you will re-hydrate your mushrooms in a bowl of water and strain them before adding them to a dish. However, in this case, soaking the mushrooms will remove some of their flavor. To maximize the flavor of your broth, consider rinsing the dried mushrooms in a colander instead of outright soaking them. You’ll retain most of the flavor, while removing the grit that would otherwise ruin your meal.

If you go shopping for dried mushrooms, you’ll notice there are a good number of different varieties on the market. In this preparing this recipe, I have used a commercial mix of porcini, morels, portabellas, shiitake, and oyster mushrooms, and I have specifically picked out an extra portion of the shiitake mushrooms for a more distinctly Asian flavor. However, any mix of mushrooms should be just fine, so long as it contains porcini and a good helping of shiitakes.

This broth is infinitely versatile. You can prepare it fully as directed in this recipe, which will result in a lighter, distinctly Asian dish, or you can go with a more Western approach and add ingredients to bulk up the soup and make it more of a meal-in-a-bowl. Consider additions such as cubed chicken or tofu, chopped root vegetables such as sweet potato or carrot, Asian greens such as bok choy or napa cabbage, or wonton strips. I’ve found that it’s wonderful as a sort of egg-drop soup. Simply take two or three cups of the finished broth, without the added vegetables or garnish, heat it just to the point that it begins to boil, and then turn off the burner. In a separate bowl, beat one or two large eggs, and then slowly pour the eggs into the broth, stirring constantly with a fork or whisk.
If you have leftover broth—all the better. Freeze it in 1/4 to 1/2 cup portions, and save it for later to add a mysterious, earthy flavor to other soups, sauces and stir-frys.

Next Myths About Suicide 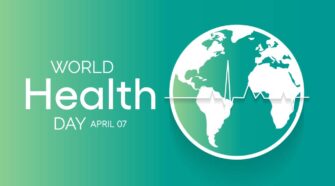