Common Cooking Rules To Chuck In the Disposal

Myth of the Month

A guide to medications that are past their prime.

We’ve all experienced it: reaching into the cabinet only to find medicine labeled with an “EXP” date from the past, not the future. Here lies the choice: go to the doctor and get a new prescription, or just use the old stuff?

The FDA warns that we shouldn’t be tempted by expired medications.

In other words, you might not be getting the pharmaceutical boost you need to fight whatever ailment you face.

The FDA goes on to explain that humidity and other issues of storage can also influence the effectiveness of medicines. The moral of the story here is that medications aren’t like little rocks that don’t change for a thousand years.

But some argue that the expiration dates on drugs are a little too cautious. A study from the University of California, San Francisco in 2012 analyzed prescription drugs that were 3-4 decades old, and found that most remained just as potent as they were at creation. Aspirin and amphetamine lost some potency however, according to the results.

Most drugs have an expiration date within one to five years. As one of the study’s researchers explained to CNN, however, the expiration date only indicates the manufacturer’s guarantee of potency, not an estimate of shelf life.

So are we all throwing away perfectly good medicine? Most likely. And that represents a burden on everything from the pharmaceutical industry to consumer bank accounts to the environment, because those drugs often aren’t disposed of properly.

The FDA warnings are valid, however, in that taking depleted medication could be harmful, because you may not be getting your needed dosage.

“A lot of heart medications are not that stable and shouldn’t be taken after the expiry date, because they are usually, well, life-savers and you want them to work at full potency when you take them,” explains Dr. Andy Peiffer, a men’s health doctor in Salt Lake City.

Old drugs don’t turn in to poison though (in most cases). Expired drugs are generally safe, even if they are depleted; in fact CNN reports that there is only one example in medical literature of an expired drug becoming toxic.

There are other reasons to get rid of old medications besides the issue of potency, however. Young kids mistake them for candy or take them to emulate parents, Dr. Peiffer says, and older kids often experiment with prescription drugs, especially narcotics and psychotropes (anti-depressants, stimulants). Seniors looking to save money by conserving expired meds also run into issues.

“Medication errors, drug interactions and overuse result from this behavior and make the medicine cabinet in grandma’s home a prime target for youths who are drug-seekers,” Dr. Peiffer says.

“I think that keeping an unopened prescription of pain meds or antibiotics that you may have gotten for some exotic travel but never took can be taken after their expiry date (say, a year or so) provided you consult a doctor and ask if this drug is appropriate for your medical symptoms/problem,” Dr. Peiffer says.

Drugs that last well beyond their expiration date:

Previous 5 Things You Do To Ruin Your Loved One's Diet

Next The Psychology of a Restaurant Menu 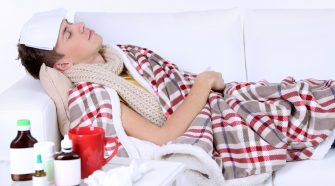 How to Make Sure Dr. Google Takes Good Care of You