Sugar is enemy number one in today’s dieting world, and considering our astronomical sugar consumption habits, it’s probably a good place for our animosity. But throwing fruit out of our diet because of its sugar will have some bitter results.

First of all, no research ties fruit consumption to obesity or related cardiovascular problems. In fact, most studies show the opposite. In one fascinating study a group of adults in South Africa were instructed to eat primarily fruit, supplemented by nuts. Participants were eating about 200 grams per day of fructose from the fruit (which is a lot), but after 12-24 weeks, there were no adverse effects in weight gain, blood pressure, or insulin and lipid levels.

“Fruit sugars are different from the added sugars,” says Dr. Rui Hai Liu of Cornell’s Department of Food Science. “Fruits and fruit juices have a small influence on blood glucose levels when compared to other beverages and foods.”

Sugar processed and refined from sugar cane or sugar beets can wreak havoc on the body when consumed in too high quantities. The same is true of high fructose corn syrup.  The body digests these sugars rapidly, causing insulin and blood sugar levels to go up. This metabolic stress and repeated strain on the pancreas (which produces insulin) leads to harmful chemical changes in the body. When repeated over the course of time, this is what many say contributes to the development of obesity and type 2 diabetes. Fruit on the other hand, is built to deliver sugar in a healthy way, researchers have discovered.

David Ludwig, MD of Boston Children’s Hospital and Harvard Medical School, wrote in the Journal of the American Medical Association about why fruit consumption doesn’t lead to obesity.

“The absence of harm from high fruit consumption likely relates to the slow digestion rate of whole fruit compared for example with a sugar-sweetened beverage,” he wrote.

Fiber is a big reason why fruit sugar digestion is slower than digestion of added sugars in other foods, according to Dr. Ludwig. The sugar in fruit is “effectively sequestered within the fiber scaffolding of cells, and it takes time for the digestive tract to break down those cells,” he says.

He compares the consumption of four apples to the drinking of a 24 ounce soda. The same amount of sugar is consumed, but the structure of the apple slows the rate of absorption, allowing the body to better handle the sugars so there is no harmful spike in blood sugar. Consuming a large amounts of soda is traumatic to the body, but not so with fruit.

But fruit and its sugar is more than just “not bad.” Fruits provide valuable phytochemicals, vitamins and minerals in addition to fiber. There are other reasons to eat fruit as well:

>Fruit can help us feel fuller.

Processed foods are usually digested in the first few feet of our intestines, but fiber rich food like fruit travels further through the digestive tract. This better triggers satiety hormones that cluster further down the small intestines.

>Fruit consumption is associated with lower risk of heart disease and other diseases.

Numerous studies have shown that people who consume more fruit are at lower risk of coronary heart disease and certain cancers. A recent study of 450,000 men and women in China showed that “higher fruit consumption was associated with significantly lower risks of cardiovascular disease, including cardiovascular death, major coronary events, hemorrhagic stroke, and ischemic stroke.”

How We Digest Sugar, Carbs

When blood sugar levels rise, the body responds by producing insulin, a hormone made in the pancreas. Insulin signals to the body’s cells that they should absorb the glucose in the blood, to use it as energy, or to store it. Over time, surges in blood sugar can overwork the pancreas, leading to insulin resistance and risk of chronic illness.

Fruit does not have this dramatic effect on blood glucose levels, and therefore does not bring the associated health risks.

Sources: International Journal of Cancer, The Journal of Nutrition, nejm.org

Previous When Clothes are a Frenemy

Next 5 Ways to Wake Up Right 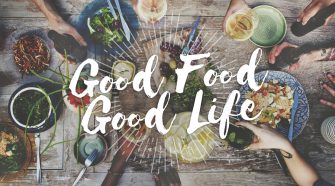