Research shows that Americans are consuming absurd amounts of food that provides little to nothing for our bodies—a.k.a empty calories

In the era where “gluten-free” and “organic” are common terms, we seem more health conscious than ever before. But are we really giving our bodies what they need? A closer look at the American diet reveals that too often we eat what our bodies can’t use.

Empty Calories: When food adds to our total calories consumed without giving any vitamins or minerals.

Every five years, the Dietary Guidelines Advisory Committee (DGAC) reports on the scientific trends in diet, health, and nutrition to the Secretaries of the U.S. Department of Health and Human Services (HHS) and the U.S. Department of Agriculture (USDA) so these agencies can make informed decisions regarding national health recommendations. The DGAC’s most recent report was just published in February of 2015. One area of their report showed staggering data that Americans are consuming an enormous amount of “empty calories.”

Empty calories are solid fats (butter, meat fat, etc.) and any sugars added to a food during its production. Refined starches and alcohol are also empty calories, but their contribution to our total intake is relatively small, so the report focuses on solid fats and added sugars. The solid fats are naturally occurring ingredients in the food; the sugars are not. Though sugars occur naturally in foods such as fruits, the DGAC refers to empty-calorie sugars as “[s]ugars that are either added during the processing of foods, or are…naturally occurring sugars that are isolated from a whole food and concentrated so that sugar is the primary component (e.g., fruit juice concentrates), and other caloric sweeteners.”

90 percent of the American population as a whole consumes more than the daily allotment of empty calories (15% of daily caloric intake) set by federal nutrition experts. Empty calories provide our bodies little to no nutrient value or usable energy, so they are just stored in our fat reserves.

The DGAC’s limit for empty calories is no more than 15 percent of the daily caloric intake. They break that down to say that no more than 5 percent should be from added sugars. They found in their extensive research that calories in the average American diet (for people aged 1 year or older) consist of 13.4 percent added sugars. That is almost three times what it should be!

Solid fats are less of an issue because consumption has actually decreased over the last five years. However, our average intake is still higher than the limit (10 percent) at 11.1 percent. Saturated and trans are still the words to watch out for.

It isn’t really a shock, but it is still disheartening to see that some of our absolute favorite foods are the absolute worst in terms of empty calories. Here is the list of the foods with the most empty calories:

How on earth do we keep our empty-calorie intake below the limits? The DGAC outlines tons of options. First, “replacing soft drinks and other sugar-sweetened beverages (including sports drinks) with non-fat milk would substantially reduce added sugars and empty calories,” they say. They also suggest using non-hydrogenated vegetable oils (soybean, corn, olive, and canola) instead of animal fats (butter, cream, lard, etc.) or tropical oils (palm, palm kernel, and coconut) to drastically reduce your solid fat intake. Be aware that just because something says it’s “low-fat” or even “nonfat” doesn’t mean it’s the right option. Often, those products contain high amounts of refined grains and added sugars which aren’t healthier choices. Remember, it’s not just about cutting things like fat and sugar out of our diets, it’s about being aware of the kinds of fats and sugars and which are bad, and good, for us. 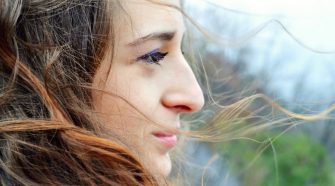