How this peaceful exercise can wreak havoc

Yoga is a popular form of exercise among Americans. According to a recent survey, approximately 20.4 million adults regularly practice yoga, which is 8.7 percent of adults, and the trend seems to be growing. As yoga increases in popularity, concerns have been raised over its possible harmful effects.

Glenn Black, a renowned yoga expert who teaches master classes to even experienced teachers, stated that “the vast majority of people” should cease the practice of yoga. What could lead an experienced yogi to say such a thing? According to Black, the risk of harm is too great. Instead of practicing yoga, Black suggests doing specific exercises to strengthen weak parts of the body. He believes that yoga shouldn’t be used as a general class and should be reserved for those in very good physical condition. Even among teachers, he has seen back, hip, and Achilles tendon injuries, some so severe that they are unable to perform even the basic movements of their beginner students.

The dangers of yoga are not just inherent in the actual exercise; there are other factors too. For instance, as yoga has increased in popularity, its practice has even extended to those with little experience, who attempt intricate and advanced strength and flexibility exercises.  Some studies have even found the possibility of common yoga poses causing neck and brain injuries, in some cases causing complications leading to stroke. The dangers of yoga can also stem from new trends in yoga, such as hot yoga. Hot yoga involves practicing standard yoga poses in an ultra-heated room. Practicing this form of yoga increases the risk of torn cartilage and muscle damage. Hot yoga can also cause heat exhaustion, in some cases requiring hospitalization.

Wrists, elbows, shoulders, knees and back are common areas for yoga injuries. Here are some tips for preventing injury there:

Wrists: When poses use hands on the floor, distribute the weight as much as possible with widened fingers. Also be careful of the angles you create with your wrists.

Lower back: Certain yoga movements cause the spine to flex opposite of the way it’s supposed to, if they aren’t done correctly. You may need to bend your knees to keep from rounding the lower back. Also, back strain can come from tight hamstrings, so try to increase flexibility there.

Shoulders: Poses like the plank, when done incorrectly, can lead to shrugged shoulders that don’t engage the supporting muscles around them. Keep your shoulders back.

Elbows: Keep elbows tucked alongside the ribs, rather than pointing outward.

Knees: Avoid the cross-legged positions, and be careful to bear your weight properly on bended knees.

In general, don’t rush into the harder poses, because this is what will get you in trouble. Learn the best technique.

Still, not everyone agrees, and perhaps even the data is less than convincing.  Yoga Journal‘s medical editor Timothy McCall, M.D. says claims about the danger of yoga lack substantial evidence.

“When you look at the actual injury rates compared to other physical activities, yoga appears to be comparatively low risk,” he told the Huffington Post.

Statistics from 2007 show that only 3.5 people out of every 10,000 yoga practitioners experienced an injury. This is much lower than the rate of injury for other physical activities, including golf and weight-lifting.

It is worth noting that yoga does carry many benefits. Among other things, yoga can aid in lowering blood pressure, produce neurochemicals that act as natural antidepressants, improve flexibility, and assist mental health. Additionally, yoga has also been linked to improved function of the immune system. However, there are other forms of exercise that can produce similar benefits with lower risks. Like yoga, going for daily walks can also lower blood pressure, produce natural antidepressants, improve mental health, and improve immune function, and going for daily walks does not carry the same risks that engaging in yoga does.

For the record, we think yoga is a fantastic, low-impact form of fitness, and has some unique benefits, especially over time as one becomes proficient in the poses. Still, it’s a fairly technical excercise form and it is important to understand the risks.  Bottom line is, proceed with caution, as you would with any exercise program, and know your limitations, and determine what is best for you.

Next Why We Must Play 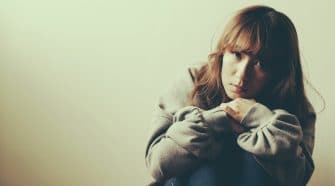