How Health Insurance Was Born

How to Use a Landmine

The job you work to support your family could actually take you away from them sooner than you would have ever thought possible. Your job could be killing you—literally.

I’m not talking about the “it’s one of those weeks that never seems to end” type of unbearable that you feel from time. There are physiological reasons why the ideal office job could lead to an early expiration.

A study published in the Journal of the American Medical Association (JAMA) indicates that the more time one spends sitting in a day, such as at an office job, the greater the risk of dying in three to 15 years. More time at the office could mean less years of living, and is even more likely to mean less years of happy living as the years go by.

It has long been known that sitting too much can lead to back problems. However, the health risks don’t end there. Those who sit for long periods of time have an increased risk of developing heart disease, cancer, diabetes, and related conditions that affect not only the amount of years you live, the but the quality of the years that you have left.

The study also reveals that regular exercise doesn’t seem to affect the outcome. Regular and consistent exercise helps of course, and is better than none and all, but if you exercise in the morning and then proceed to sit for the rest of the day, you are still in the same boat as your coworkers who slept in and went straight to work.

The reality is that our bodies are not meant to be sedentary. The more time we spend sitting, the lower our metabolic rate becomes and the less calories we burn. As the metabolic rate slows, energy we consume is, more often than not, turned into fat. Sitting also results in a decrease of a blood enzyme called lipase, which breaks down fat in our bodies. Other negative consequences of the office chair are less electrical activity in leg muscles and poor circulation, in addition to the body becoming less sensitive to insulin. All of these things notably lead to the chronic health problems that are plaguing Americans today, such as heart disease and diabetes.

How to remedy the risks of sitting on the job:

• Sit correctly with feet flat on the floor and face straight ahead. Don’t cross your legs. Avoid positions where your neck has to strain. The lower back should be completely supported and knees should be level with hips. Get a footrest if needed. You should be able to use the keyboard with wrists and forearms straight and level with the floor. Place computer screen at eye level and an arm’s length away to reduce neck strain.

• Ask your boss if you can take a break at least once a day, to walk around the office building. The Mayo Clinic recommends moving as much as possible. Exercise regularly—but this alone is not enough to cancel out negative effects of sitting. In addition to regular exercise, get up and walk around at least every 30 minutes.

• Keep fitness equipment at work such as resistance bands or small hand weights. Do some exercises when you get a spare moment.

• Walk or bike to work. If you live too far away take the bus or train and get off a stop early to walk the rest of the way.

• Take stairs instead of the elevator.

Previous How Words Can Prevent Divorce, Failure and Pain

Next Why We Must Play 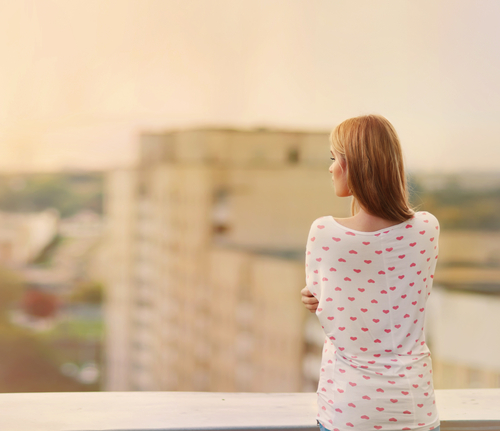