The Faults of Fear

When Food Is Dangerous

Imagine a poison that is forever within the grasp of your child, often disguised and always dangerous. Imagine the constant need for vigilance in a world where the poison is just a normal snack for everyone else. This nightmare is a reality for many anxious parents and their often-terrified children, thanks to food allergies.

Food Allergies By The Numbers

Established medical practice has offered little solace in the face of dramatically rising food allergy rates. When most families turn to doctors for help, the response is more often then not “here is an epi-pen (an auto-injection device to counter allergic reactions), be careful.” It’s a dark sentence for parents and children who’ve grasped the reality of their increasingly boxed-in lifestyle. Every restaurant will require a barrage of questions, birthday parties will be danger zones and school will be a risk. Both parent and child know that one mistake could mean a trip to the ER or worse, and slip-ups are inevitable over the course of a childhood.

But a movement is emerging that may prove revolutionary in the battle against food allergies: oral immunotherapy.

Immunotherapy is actually not a new thing. It is common for other allergies, such as to pollen, dust mites and more. This therapy involves exposing a patient to miniscule amounts of what they’re allergic to, with doses increasing over time, until the patient’s body is desensitized.

Food allergy oral immunotherapy (OIT), or calculated exposure to the allergenic food in increasing doses, has consistently produced excellent results, allowing children to eventually eat what they will and go where they want. Numerous research studies confirm oral OIT’s effectiveness. Effectiveness for peanut OIT is generally reported around 90 percent.

Dr. Douglas Jones, an allergist offering OIT in Utah, says the methods he uses have been established by scientific evidence, and have changed the lives of his patients.

“Over 90% of the patients who have started our food oral immunotherapy program can now eat the food that was once life-threatening to them in unlimited amounts,” he says.

Researchers at Stanford are among those spreading the OIT movement. Their recent research shows that oral immunotherapy resulted in positive changes to the DNA of study participants.

“Their DNA started to look like people that were non-allergic to food,” said Dr. Kari Nadeau, Director of the Sean N. Parker Center for Allergy Research.

But it is still a divisive topic in the allergy world. Some researchers claim that the risk of allergic reaction from treatment makes OIT ill-fitting for routine clinical practice. Others claim there is not enough safety data, even if there is a lot of data about effectiveness. Still others worry about long-term effectiveness. Even though OIT allows people to consume whatever they want once they complete treatment, daily doses of the food are still required to maintain that ability.

Rebecca Bowles, a mother in Utah, went through three different allergists with her severely allergic son, and none of them mentioned OIT, she says. It took three years for her to learn about it, and it was through TV news coverage of Dr. Jones, one of the few doctors who offers it.

Despite a few warning voices, Bowles decided to move ahead with treatment after consulting with Dr. Jones.

“You’d rather try something than do nothing for your child, and just go on living life avoiding everything,” she says.

Dr. Jones says he takes careful precautions in his program, which now has hundreds of graduates. Each patient has a carefully crafted plan, beginning with a miniscule dose of the allergenic food. Each week, the patient comes into the office to receive a slightly higher dose under medical supervision. Every day, however, parents and children repeat that dose at home. Each patient is given a safety kit of medication for home, and a doctor is on call for OIT patients 24/7. This is a very calculated program and needs extensive monitoring. This should not be done without the supervision of a board certified allergist who has taken the extra time and training to do OIT.

“I always tell people safety comes first. We take every known precaution to minimize risks and guide a patient safely through this process,” says Dr. Jones.

As her son progressed through treatment, Rebecca began to notice changes, most noticeable being decreasing fearfulness. Before, her son had a lot of anxiety about his allergy, she says.

“It kept him from wanting to go places, to go to parties, to go to school,” Rebecca says. “Even to the neighbors house.”

Its effect on social life is one aspect of food allergies that is particularly worrisome to parents. Childhood experiences are crucial for development, especially social ones. Many children with food allergies are faced with traumatic physical and emotional incidents, trips to the emergency room, and more, and as a result develop a sense of fear and lack of confidence that inhibits many typical childhood behaviors.

Amy Martin’s son, who has a severe peanut allergy, also underwent OIT with Dr. Jones. She says that before treatment, her son wouldn’t even pet a dog until he asked the owner if the dog had peanut treats. She even found out her son wouldn’t play on the playground at school for fear that other kids who’d eaten peanuts had touched the structure. And his fear wasn’t unwarranted; at a restaurant he’d been accidentally exposed to peanuts and ended up in the emergency room.

Amy’s heartbreak was complete when she discovered the depths of her son’s fear.

“If you asked him what he wanted to be when he grew up, he would cry,” she says. “It wasn’t until we were months into OIT that he started telling me about a future. He didn’t think he had one.”

Her son, who was four at the time, feared for his life.

After OIT, Amy says, everything changed. Her son opens up more and more each week, with greater confidence, and more social activity. His lack of eye contact is fading, as is his anxiety.

“His teachers will tell you he’s an entirely different kid,” Amy says.

Rebecca and her son experienced a similar change, especially when they reached the point in treatment where her son could be safe in areas of cross-contamination.

“His whole perspective of life has literally changed,” she says. “He is excited to go places.”

Rebecca says the day he graduated from Dr. Jones’ program, he wouldn’t stop talking about all the places they would go, to the places he couldn’t eat before.

Neither Rebecca’s or Amy’s sons had a dangerous moment during OIT. Amy says that while the first few months of exposing her son to a dangerous food was terrifying, she eventually became comfortable with it.

“You’re greatest fear is that in trying to help you child maybe you’re doing something to hurt them,” she says.

No child has ever died from oral OIT. Amy found that doing OIT was less scary than going to eat a restaurant where there might be some invisible enemy. Most parents of kids with food allergies can relate to the horror of having to decide if a reaction is occurring or not. Do you rush to the ER, give a shot of epinephrine, or wait? At least during treatment she knew exactly what her son was eating, and had proper medical support at all times. Most importantly, Amy says life after treatment is incredible.

Food Allergy Research & Education (FARE), a leading voice on food allergies, warns that patients undergoing OIT might experience side effects like abdominal pain, wheezing and diarrhea, and that some patients don’t complete desensitization. But they support patients who choose to do OIT, with a disclaimer.

“While FARE supports those patients who might consider private practice OIT, we are not able to evaluate or compare any particular practice or physician,” they write in a press release.

Dr. Jones thinks the time is coming that OIT will become a standard of care in the allergy community worldwide, thanks to the courage of patients.

“The recent push for a better food allergy treatment has been driven by patients and families who have lived a life of fear, anxiety, and isolation and who have struggled to really experience life,” he says. “I am so thankful for those courageous patients and families who have partnered with us the last three years we have offered this treatment. They are pioneers who have opened the doors for others. We have gained a tremendous amount of experience in OIT, to deliver it safely and effectively to patients. Our results speak for themselves. We will continue to lead, to change, and to improve upon what we have done.”

Aimmune Therapeutics recently complete a Phase 3 trial for AR101, and capsule-based oral immunotherapy treatment for peanut allergy. The company announced that the trial met standards set out by the FDA.

The study results showed that about two-thirds of participants were able to eat two peanuts by the end of the study, considerably more than the placebo group. Aimmune Therapeutics plans to apply for approval at the end of 2018, according to allergicliving.com.

Other research is examining ways to do OIT with capsules and patches, and the Food and Drug Administration is currently reviewing these methods. 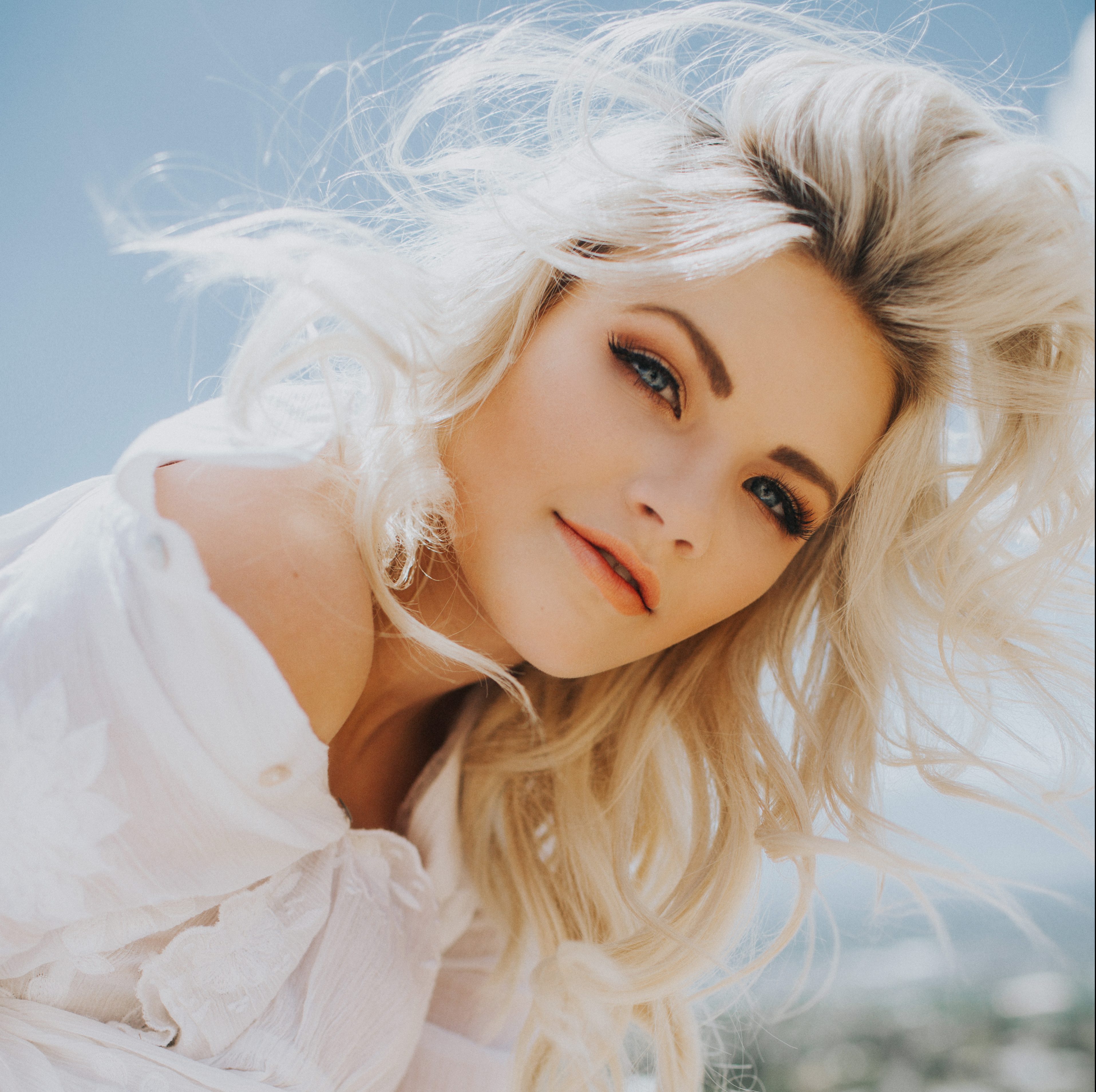