And how neuroplasticity plays a role in recovery

We’re more stressed than ever. In its latest “Stress in America” survey, the American Psychological Association (APA) found that Americans’ overall stress levels are rising. On a scale from 1 (little or none) to 10 (a great deal), overall stress levels rose from 4.8 to 5.1 between August 2016 and January 2017. We’re learning more about the effects of long term stress on the body, as well. It turns out that accumulative stress takes a toll on our brains. Not only does it affect our ability to remember and learn, but researchers discovered that chronic stress actually damages and kills brain cells.

Eliminating sources of stress, and finding ways to reverse and minimize the effects of stress is a key challenge. But stress is about far more than feeling nervous or uptight. It can take countless forms. We can suffer from emotional stress in the form of consistent fear, anger or worrying. We can get trapped within a loop of mental stress, such as obsessive thought patterns and negative self talk. And we can suffer from physical stress, be it a car accident, accumulative chemical exposure, virus, infection or chronic pain.

Each form of accumulative stress takes a toll on our brain function and structure. The result may be faulty brain wiring that not only causes impaired brain function, but can manifest as a variety of health challenges. It can also cause a maladaptive response to stress — such as fight or flight or increased anxiety.

Stress can impair the brain’s normal neuronal sensory input, causing the circuitry in the brain to become interrupted or cross-wired, impairing the regular function for a specific part of the brain. That degree of impairment is directly related to how the brain has “crossed its wires,” so to speak.

If, for instance, the pain signals in the brain keep occurring despite lack of a trigger or tissue damage, it causes chronic pain. We are literally stuck in impaired brain pathways that “feel” real. Travelling down this impaired pathway also triggers us to think in specific ways in order to protect the perceived injury. We become consumed with thoughts on how we can avoid pain, and we constantly worry about what could happen if we trigger the pain.

This “protective” thinking actually strengthens and reinforces this abnormal pathway. It can set off a cascade of additional effects, so the stress not only causes more pain; it triggers yet more symptoms. Chronic stress can also impair the normal functioning of our immune system.

The Role of Neuroplasticity

But researchers have also found that the brain has the ability to change and heal itself. This discovery, known as neuroplasticity, is the greatest breakthrough in neuroscience in the last four hundred years. It means that we have the power to act back on the brain, and alter the neuronal patterns that are at the root of many illnesses. The process involves mental and behavioral training and practice — far more than learning how to meditate, though meditation is always a valuable tool to have in your wellness toolkit. But with this training, you can promote radical, positive neuroplastic changes in your own brain, and learn how to decrease your body and brain’s stress response.

The first step in changing unconscious chronic illness patterns in the brain is to re-label the symptoms as an actual brain hiccup. The next step is to focus on strengthening alternative neural circuits that will assist the brain to stop repeating the chronic illness patterns that it has become stuck in. The basis of the exercises is to distract the brain in a very specific way that involves changing the brain both structurally and chemically. Through controlled use of patterns associated with language, movement, thought, emotions and behaviours we can effectively create structural changes in the brain to act back on the brain for the good. However this is not a cakewalk; it takes a high degree of discipline, determination and consistent motivation. But with this training, you can promote radical, positive neuroplastic changes in your own brain, and learn how to decrease your body and brain’s stress response. 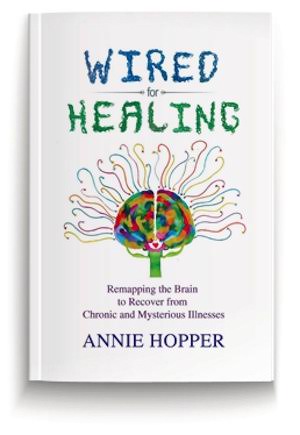 Annie is the author of Wired for Healing; Remapping the Brain to Recover from Chronic and Mysterious Illnesses.

In 2004, while working as a busy core belief counselor, newspaper columnist and talk show guest as an expert in Emotional Wellness, her health started to rapidly deteriorate.  Mysterious symptoms like insomnia, headaches, body aches and pains, chronic exhaustion and an increasing list of sensitivities ensued. Toxic overload was the eventual diagnosis.  But even after undergoing detoxification treatments and an extensive list of healing treatments from over thirty different practitioners, her symptoms continued to escalate.  This was the beginning of what can only be described as a type of science fiction nightmare.  After almost 4 years of suffering that eventually led to homelessness, Hopper deduced that a toxic brain trauma was most likely at the root of her suffering.  Hopper went on to creatively rewire the neural circuits in her brain that had been altered due to toxic trauma and the symptoms of illness eventually dissipated.

Next 5 Apps for the Pregnant Mommy-On-The-Go 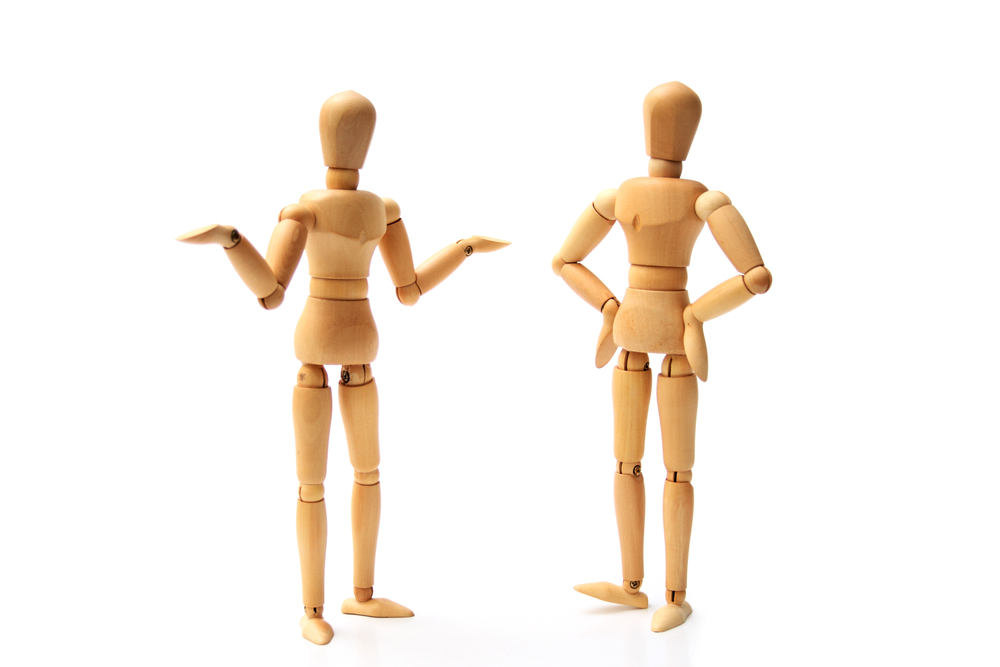 They Want Your Body… Language