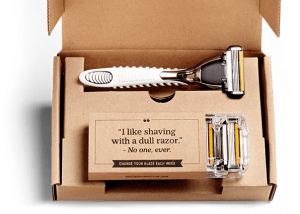 Pros: Every guy needs a different number of razors each month, because we all grow facial hair differently, and have different shaving habits. Dollar Shave Club has plans of $1/month, $6/month, and $9/month, based on the number of razors you want every month, and also on how many blades are on the razor. You can downgrade whenever you want.

But are the blades good? Reviews from around the web suggest that they are comparable to more expensive alternatives, though the blades don’t last as long as Gillette blades, reports suggest.

Cons: Monthly payments of any kind are a drag. Plus some of the plans do require you to pay for shipping, which is up to $2.

Tip: Rumor has it that the Dollar Shave Club gets their razors from a company called Dorco. You can actually go online and order the same razors from Dorco for cheaper than Dollar Shave Club, though you don’t have the convenience of having razors sent to you regularly. Dorco may require you to buy in bulk. 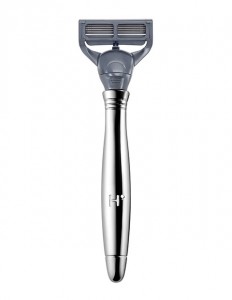 Pros: Harry’s subscription shaving plans are based around how often you shave. Each kit comes with eight blades and costs $5/month, and the handle is included free. But you select if you want to receive the kit every two, three or five months. Multiple reviewers say that Harry’s razors are slightly better than Dollar Shave Club.

If you get the Dollar Shave Club executive razors for $9/month, which come every month, then you pay $108 per year, which is more expensive per blade than Harry’s. If you need a nicer blade because you have tougher facial hair, Harry’s might be your best option.

According to Forbes, Harry’s actually owns the German factory where their razors are made, meaning they aren’t repackaging an Asian product, like Dollar Shave Club does.

Cons: Most reviewers agree that this razor is great for the cost. If you don’t mind spending twice as much on shaving, however, Gillette has an edge on shave quality. Also, Harry’s razors won’t last you as long as Gillette razors.

Tip: Most reviewers say that Harry’s shaving cream isn’t great, so just buy your own kind separately. It smells fine, but people say the razor performs better with other creams. 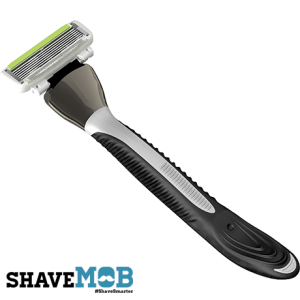 Pros: ShaveMob razors are meant to last longer than alternatives, meaning you need fewer razors and therefore pay less money (a 4-blade razor is $1.12 per cartridge). You can choose a 2, 6 or 12-month supply, and you get the razors all at once. This means that you don’t have to wait on the mail to shave, like some people complain about with Dollar Shave Club.

Reviewers seem to be happy with the closeness of shave and the endurance of the blades, and ShaveMob also offers women’s razors.

Cons: You have to pay for the handle ($3). Also, the packaging is not nearly as good as Harry’s or Dollar Shave Club, reviewers report, though it isn’t bad.

Tip: A cost comparison shows that ShaveMob razors are probably the cheapest option for mail order razors, so if value is your main concern, start here.

Your satisfaction with a razor and the associated costs depend largely on how often you shave, and how tough your facial hair is. Some people only shave once in a while, and have less tough facial hair. For these people, mail order razors represent a cheaper, better option than Gillette. But this may not be the case for those who shave every day and have course stubble.