The Most Important Meal of the Day?

You are probably familiar with how uncomfortable it is to get salt in your eye or in an open wound. So the idea of breathing in salt as a form of therapy might not sound very appealing.

Also called halotherapy (the word “halo” is a Greek prefix that means salt), salt therapy is “the inhalation of micronized [broke into very fine particles] dry salt within a chamber that mimics a salt cave environment,” according to the National Institutes of Health (NIH).

But why would you inhale salt particles? Salt therapy has actually been in use for centuries in Europe as a remedy for troubled breathing. Back in the 1840s, a Polish physician noticed that salt mine workers did not experience respiratory issues like other miners. People in other European countries with salt caves (Germany, Ukraine) noticed similar effects. There are reports about how refugees during World War II who hid in salty caves noticed improved breathing. In the following decades, people began going to salt caves for therapeutic purposes. Others tried to replicated the salt cave environment in what are now called salt rooms.

Some claim salt therapy can be of help with chronic obstructive pulmonary disease (COPD) and asthma. Others claim that it has benefits for the skin. Today, spas around the United States and worldwide that do their best to imitate natural salt caves, touting a bevy of additional benefits from a 45-minute session.

How Does Salt Therapy Work?

A halogenerator, a machine used outside of the spa salt cave (also called salt room), grinds the salt and pumps micro particles of it into the air of the salt room. In a natural cave, there is usually so much salt on the ground it looks like snow, and even the walls are made of salt. Salt rooms try to replicate this environment.

The micro particles filtered into a salt room may be small enough to be inhaled into the deepest part of the lungs and penetrate through the bronchial tree and into the alveoli (any of the small air spaces in the lungs where carbon dioxide leaves the blood and oxygen enters it).

The salt room is usually kept at a warm temperature with low humidity. A session usually lasts no more than 45 minutes to an hour.

There isn’t a significant body of research on salt therapy, but there is research that suggests real benefits to lung function and the skin. It should be noted, however, that there are almost no randomized controlled studies.

Halotherapy may help you breathe easier

Salt is a natural anti-inflammatory, antibacterial and antihistamine. So when you breathe in those salt particles during salt therapy, it may reduce inflammation in the lungs, help clear mucus and even increase lung capacity. This all makes sense, considering saline solutions are often used in standard medicine to treat respiratory issues.

“When fine salt particles are inhaled, they will fall on the airway linings and draw water into the airway, thinning the mucous and making it easier to raise, thus making people feel better,” suggests Dr. Norman Edelman, Senior Scientific Advisor to the American Lung Association. “Also, these environments are allergen-free and thus good for people with allergies affecting their lungs.”

Those with asthma,  allergies, sinusitis, bronchitis, other respiratory illnesses may find some relief from symptoms with salt therapy.

Asthma and Salt Therapy: A Warning

Patients should also know that inhaling concentrated salts (hypertonic saline) has been proven to irritate the airways, according to the Asthma and Allergy Foundation of America (AAFA), causing cough and mucus, which can make asthma worse for some people.

The AAFA says that salt therapy is likely safe for most asthma patients, but that because of the uncertainty, it’s probably best to avoid.

Halotherapy may clear up your complexion

Some suggest that salt therapy will improve people’s skin by acting like an exfoliant, shedding dead cells and helping to promote healthy oil production.

The anti-inflammatory and antimicrobial properties of salt may also help with skin issues, like acne, eczema and psoriasis.

Additional benefits of halotherapy may include improved energy levels and a stronger immune system.

Mucous absorption is the most plausible reason people feel better with salt therapy. Other theories abound as well, like the idea that tiny salt particles being inhaled kill off microorganisms in the lungs, for example.

Because salt is a drying agent, some may experience a “salty cough” that usually goes away within a day or two after treatment. It is important to drink plenty of water after a salt therapy session. Mild irritation to the eyes and throat may occur, and salt therapy might make asthma worse.

You also have to be mindful of what type of salt the spa you plan on going to is using. Many spas use both pink and white Himalayan salt.

Pink Himalayan salt. This type of salt is often used in spas, because the pink color makes it aesthetically pleasing. This salt is about 98% sodium chloride, and the rest is made up of trace elements like calcium, iron, chloride, magnesium, iodine, manganese, molybdenum, selenium and zinc.

White Himalayan salt. Has a higher concentration of sodium chloride than pink. This type of salt may especially be good for respiratory health.

Some reports express concern about the use of salt that is NOT pharmaceutical grade, fearing some of the elements could be harmful, especially when micron-sized particles get deep into the respiratory system.

Particles in saline solutions (which are standard treatments for respiratory issues) may be more predictable, uniform and smaller than the particles emitted in salt rooms. The size of the particles in the air of the salt rooms is unknown, and they’re probably too large to be easily inhaled.

Another report expresses concern that with their warm temperatures and enclosed spaces, salt rooms may be bacteria breeding grounds.

Previous How To Run With Your Dog The Right Way

Next What Is Hemp Oil? 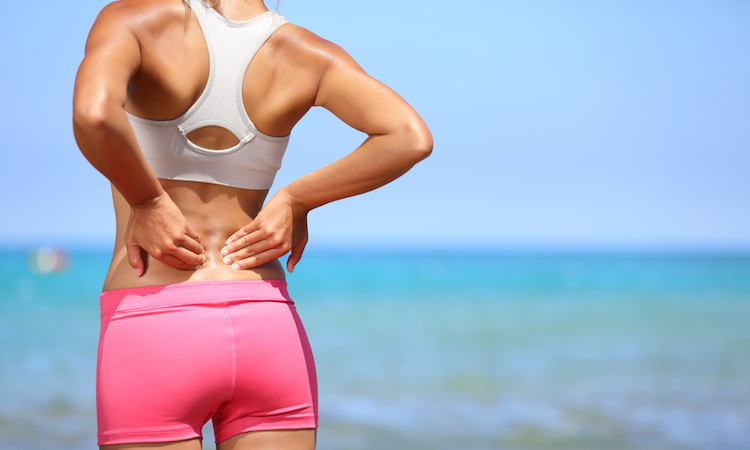