How Life Seems More Complicated Than It Is

A hilarious book called Reasons My Kid Is Crying compiles a list of ridiculous reasons why kids cry, submitted by parents along with pictures of the sobbing children. Here are some of the funniest reasons:

Parents reading this probably have their own slew of similar stories. We know children can be illogical, absurd and funny this way, but adults often miss their own irrationalities. As grownups, we can paint an unrealistically dramatic portrait of our situation, failing to see things from a true perspective, just like a child.

The children mentioned above can teach us about this concept. Take the child who was crying because there was no more cake, because he had eaten it all. In his eyes, life became distressingly complicated when the cake ran out. An adult will quickly observe that the child has made himself sad. There was a terrible lack of foresight on the child’s part and no accountability. Furthermore, the child fails to see that cake really doesn’t matter that much and that it’s not good for him anyway.

Just a silly child, right? Well here’s the truth: someone has made the same observation about adult you. We’ve all cried over a metaphorical missing cake, and a lot of times, we were the ones who ate it.

In the words of Confucius, “Life is really simple, but we insist on making it complicated.” When things seem to be getting complicated, we tend to lose control of our thoughts and priorities, and we get riled up to feeling overwhelmed. Part of the problem is that the world is much more cerebral than ever. Technology today allows us to simultaneously juggle many different commitments, relationships and forms of entertainment. At any moment, we could be fulfilling one of a dozen tasks, and that thought is a heavy one to carry around.

Inevitably, all of the tasks, duties and to-dos that come from different segments of our lives will get jumbled. Every day, there is probably something each of us wanted to do that didn’t get done. Over the course of weeks, those little things that are left undone start to weigh on our minds, even though we probably can’t name specifics. It’s just a complicated clutter.

When things get messy in the mind, it’s easy to lose track of what we do and don’t need to worry about, so we worry about everything. Essentially, our grip on reality slips. We experience mental strain on a mirage of duties, and when commitments are all knotted up in our minds, they are heavier than what they would be when separated.

Reasons Why Your Life Seems Complicated

How and Why to Do a Mind Dump

Think of apps running in the background on your phone that drain battery and use data without you knowing. The purpose of a mind dump is to gather all of your tasks, chores, ambitions and to-dos and have them present in front of you.

Step 1: Get a pen and paper

Step 2: Record all tasks, duties, to-dos on the paper

Step 3: Re-write this list in order of things that matter the most.

As you do this, you’re essentially removing the weight of your to-do’s from your mind to the paper. You’re bringing reality into a firmer grasp, which is almost always relieving. Even if it’s a long list, there is something satisfying about knowing the quest ahead of you. There will always be things left undone, but you’ll feel more in control and more satisfied about life.

If we could only be left alone, we could complete the stuff we need to do, right? The problem is that each day springs new commitments upon us. The car breaks down, a child gets sick, or one of a million other things happen that we don’t expect.

When these surprises pop up, it can be difficult to integrate them into our days. The temptation is to be negative about it and to get overwhelmed, to see it as just another thing to do when you already have too much on your plate. Other responses to feeling overwhelmed include escaping and neglecting your duties, complaining and despair.

But the hardiest people in life are the ones who are most open to change. They realize that change is life, not an inconvenience.

Here are three things to do when a new to-do pops up:

“It’s possible for a person to have an overwhelming number of things to do and still function productively with a clear head and a positive sense of relaxed control,” writes David Allen in Getting Things Done. “That’s a great way to live and work, at elevated levels of effectiveness and efficiency.”

Previous App App and Away

Next Row Workouts for Winter Woes 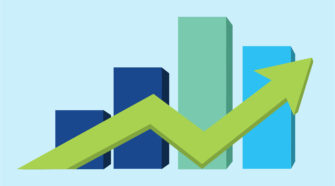