How you might not be as reasonable as you think.

As humans, we like to think we’ve got it all figured out. We are evolved, we are logical, and we invent new technology and make new scientific discoveries. However, despite the many achievements of the human race, most of us make irrational decisions on a regular basis. This is called cognitive bias. Here are a few examples of cognitive biases and how they can have an effect on our health.

Bandwagon effect: You believe it because lots of people believe it.

A recent Business Insider article explains the bandwagon effect this way: “The probability of one person adopting a belief increases based on the number of people who hold that belief.” In other words, if your spouse, parents, co-workers, and the other parents in your kid’s classroom all believe something, it’s likely you will believe it too. The bandwagon is often seen health trends. Consider the rise and fall of exercise trends like aerobics and diet trends such as gluten-free. Unless you have a gluten allergy or sensitivity, there is no reason to specifically avoid gluten. However, because of bandwagon effect, many people are under the impression that gluten-free is equivalent with “healthy.” Remember, just because everybody else is doing it doesn’t mean it’s necessarily the best choice for health.

Availability heuristic: You rely on information closest to you, instead of on the best information.

Availability heuristic is when people place too much importance on the information that is most readily available to them. This is often seen in situations where personal experiences defy population statistics or credible research. There are abundant examples of how this affects health, especially the likelihood that we perform certain health behaviors. For instance, a man whose grandfather smoked two packs of cigarettes per day and lived to be 100 will perceive the risk of smoking to be lower than it actually is, despite the very real danger of cigarettes. Another example would be someone who had a good experience with an herbal supplement, and therefore ignores all other research about it.

Hyperbolic discounting is the tendency for people to want immediate gratification rather than a reward later on. The implications for hyperbolic discounting on health are abundant. We often talk about how exercising regularly will help prevent heart disease in life. While this is very true, when you come home from a long day at work, the immediate reward is to plop down on the couch. Because of hyperbolic discounting, too many people forgo exercise in favor of “relaxation” because the immediate satisfaction of lounging on the couch watching television is more salient than some distant hope for good health 30 years down the road.

These are just a few examples of cognitive biases and how each one affects your health. Once you’re aware of just a few cognitive biases, you will likely catch yourself making more irrational decisions and engaging in irrational behaviors, particularly when it comes to health decisions and behaviors. Understanding the leanings of your mind can be an important first step in making better decisions for your wellbeing. 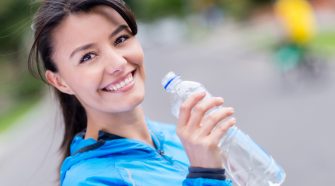