The Reality of Gender Differences

How the American Diet Has Changed

Dissecting the urge to eat, and how to gain control

What are you craving right now? A sugary treat or a savory snack, perhaps? Cravings often lead us to make less-than-optimal diet choices, so let’s take a closer look at what your cravings mean.

A popular message in the current world of dieting is that cravings reflect a nutritional deficiency of certain vitamins or minerals–saying, for instance, that if you’re craving orange juice, it could mean you are deficient in Vitamin C. While this would be a convenient idea, there’s actually no truth to its claims.

“If cravings were an indicator of nutritional deficiency, we’d all crave fruits and vegetables,” says Karen Ansel, MS, a registered dietician. “The fact that we all want high-carb, high-fat comfort foods, along with the research, is a pretty good indicator that cravings aren’t related to deficiencies.”

So if cravings aren’t related to nutritional deficiencies, what do they mean?

Jane Jakubczak, a registered dietician at the student health center of the University of Maryland, theorizes that certain cravings can be linked back to emotions. Many people don’t just eat to satisfy physical hunger; they eat to alleviate stress, boredom, and feelings of sadness, loneliness, or depression as well. Jakubczak estimates that around 75% of over-indulging in cravings is due to emotional eating.

So if emotions are often the culprits of our cravings, what can we do to combat them? Here are five tips to overcome a craving for an unhealthy food:

Previous The Misuse of ADHD Stimulants Leading to ER Visits 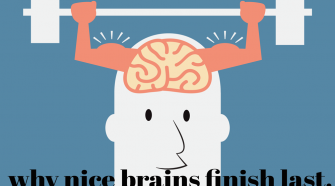