How to Use a Landmine

People suffering from treatment-resistant depression, chronic pain, PTSD or suicidal tendencies are finding relief through a drug originally developed in the 1960s as a anesthetic.

The drug is called ketamine. Ketamine continues to grow in popularity as an option for alleviating depression and other maladies. Clinics that administer the drug have opened around the country.

“Recent data suggest that ketamine, given intravenously, might be the most important breakthrough in antidepressant treatment in decades,” says Thomas Insel, MD, who led the National Institute of Mental Health from 2002 until November 2015.

Recent research suggests that ketamine can provide powerful relief – even to people whose depression has repeatedly failed to respond to other medications and to those who are suicidal. It is also being used for migraine headaches, postpartum depression, OCD, ad anxiety.

It’s only fairly recently that ketamine became popular as a drug for battling such troubling mental-health conditions as PTSD and depression. Originally, ketamine was developed as an anesthetic in the early 1960s, but it wasn’t long before people began using it as a recreational drug that was known on the streets as Special K. In 1970, ketamine was approved by the FDA as an anesthetic and since then it has been used all over the world in humans and animals. It’s advantage is that while it works as a pain killer and anesthetic, it does not depress the cardiovascular or respiratory systems as much as other anesthetics. At higher doses it is used in the operating and emergency rooms for injuries, pain, and surgeries.

“IV Ketamine infusions show very promising results in the treatment of several mental health conditions that are often refractory to traditional pharmacologic treatments,” says Tory Hinkle, MD of Life Fusion Centers in Utah. “Used under the supervision of physicians, Ketamine can improve daily function and allow many patients to take control of their lives and feel better. Over 70 percent of patients report improvement in symptoms within a few infusion cycles.”

Research into the effects of ketamine on depression has between limited. Multiple studies have shown that it can provide symptom relief for some individuals with treatment-resistant depression. A 2006 study for example, gave ketamine infusions to 18 treatment resistant, depressed patients. Ketamine improved depression symptoms within 1 day in 71% of patients receiving the drug, and 29% of these patients were nearly symptom-free.

What Is An Infusion?

Ketamine therapy is given intravenously, meaning via IV.  Most patients receive regular infusions to ease symptoms (about twice per month), as it is not a permanent solution.

Next Hoarding, Sorting and Scrapping 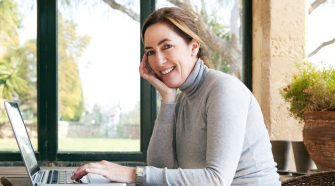