Not All Soap Is Created Equal

Wait Times to See A Doctor

It sounds like a hip new video game, but the omega-6 controversy is actually part of every American’s daily life. At the root of the issue is the United States’ drastic dietary turn that happened about 65 years ago, which left us with nutritional excesses and deficiencies that altered the national health landscape.

Omega-3 and omega-6 are called “essential” fatty acids, because our body needs them and we can’t make them on our own. We must consume them. Omega-3 is well known for its importance in controlling blood clotting, building cell membranes and performing many other vital functions. Both omega-6 and omega-3 are important for brain function, as well as normal growth and development.

In prehistoric times, the human diet contained about a 4:1 ratio of omega-6 to omega-3 fatty acids. Certain seeds, grains and nuts are sources of omega-6 linoleic acid. Omega-3 comes primarily from fish and some plant sources.

Fast forward to today, and you’ll find that our omega-6/omega-3 ratio is skewed, in excess of 10:1. Many Americans eat a diet with a ratio of more like 30:1 or higher, even though the optimal ratio is about 4:1 or lower.

The topic of much study, these lopsided ratios have been associated with arthritis, inflammation, cancer and more.

How We Got to This Point

After World War II we began to develop technology that made oils out of seeds and corn. This came in part because of newfound research that suggested saturated fats were tied to cardiovascular disease. This technology got so good, and seeds were so abundant and easy to grow, that these oils began to seep into many different varieties of foods as an economical substitute for other ingredients.

These oils (cottonseed, sunflower seed, canola, soybean and most vegetable oils) are all high in omega-6 fatty acids, meaning that the Western diet began to distort away from omega-3.

The negative health effects of this skewed ratio are thought to come about for a couple of reasons. Linoleic acid (omega-6) oxidizes and changes LDL cholesterol into a more damaging form. Metabolism of this fatty acid is also pro-inflammatory, according to Artemis Simopoulos, MD, FACN, founding member of the International Society for the Study of Fatty Acids and Lipids.

Some nutrition experts claim that these ratios aren’t related to disease. Dr. Frank Sacks of Harvard’s Department of Nutrition says that according to recent research, omega-6 is healthy for the heart, and that the ratio of omega-6 to 3 is therefore of no nutritional interest.

The American Heart Association only mentions the benefits of omega-6 fatty acid consumption, and says nothing about the Western diet fatty acid imbalance.

She says there is bountiful evidence from quality studies about the negative effects of the imbalance.

The largest such study was the Bellagio Report on Healthy Agriculture, Healthy Nutrition, Healthy People, published in 2013, of which Simopoulos was a lead author. Sponsored by the Center for Genetics, Nutrition and Health in Washington, DC, the Rockefeller Foundation, Green Templeton College of the University of Oxford, the W.K. Kellogg Foundation, and many others, this report came from a meeting of international doctors, nutrition experts, agriculturalists and policy experts.

The omega-3/omega-6 imbalance was a central topic at the meeting, and it was concluded that most diets are omega-3-deficient and too high in omega-6.

“The evidence that this imbalance contributes to disease is now convincing, and governments should formulate policies for agriculture and food to affect costs and availability of various fatty acids to the general public so that the ratio of omega-6 to omega-3 fatty acids can once again approach that to which we are genetically adapted, i.e. four to one. High omega-6/omega-3 ratios typify Western diets and, increasingly, diets throughout the world, and they are associated with increased risk for cardiovascular disease, obesity, type 2 diabetes and cancer of the breast and prostate, particularly in individuals who are genetically predisposed.”

Most dietary advice that we’ve all heard will actually help us get a better balance of omega-6 to omega-3. For example, eat more leafy greens.

Simopoulos says that omega-3 sources are rare in America, which is part of the problem. Flax seed is a great source of omega-3, which isn’t used often simply because it isn’t familiar. 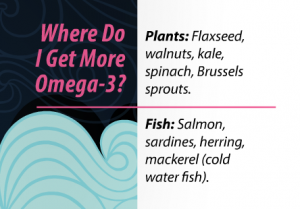 “People eat what they’re used to, what’s marketed,” she says.

While organic food often claims dubious health benefits, the omega issue might be one that favors buying organic. Corn-fed beef doesn’t have a good Omega-3/6 ratio, but range fed beef does. Corn has a very high amount of omega-6.

In fact, some farmers have begun to mix flaxseed into their livestock feed. This balances out omega fatty acid levels in animals and in the resulting meat that is sold, and also improves methane pollution from the stock. This practice is most widely used in France, but researchers in America are starting to catch on.

NPR reported a story about Jim Drouillard, a professor of animal sciences at Kansas State University, who conducted a series of experiments over the course of ten years and found that “feeding flaxseed to cattle in the five months before slaughter reduced inflammation and the need for antibiotics, and offset some of the negative effects of a corn-based diet.”

Adoption of this practice in America would have a large impact on our omega-3/omega-6 balance, considering how much beef we eat.

But true fatty acid balance in our Western diets would require significant changes in packaged food processing and the incorporation of new oils. On an individual level, consumers can be conscious of their omega-6 excess and omega-3 deficiency, and make changes in their diet to right the imbalance.

Previous The Spies Inside Your Phone

Next Cancer Screenings: Pros and Cons 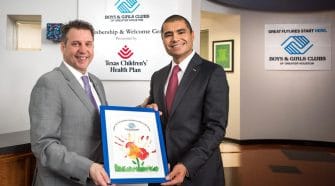