We’ve all experienced the frustration of dealing with self-centered individuals, and sometimes we’re the guilty party. Narcissism, which can even reach the severity of a diagnosable personality disorder, takes selfishness to the next level: attention seeking becomes extreme, manipulation defines relationships, and empathy disappears.

The term “narcissism” comes from the Greek myth about a warrior, Narcissus, who one day saw his reflection in the water and became so infatuated with himself that he died as a result (depending on the version) by either starvation or suicide. Either way, the myth finishes with the only remains of his presence being the growth of flowers, commonly referred to as the narcissus. Even though the term “narcissist” has evolved into something much greater than self-infatuation, the definition of a narcissist is “a condition characterized by self-preoccupation, lack of empathy, and unconscious deficits.” Ever heard of anyone like this? With approximately 6.2% of the general population having Narcissistic Personality Disorder (about 60% of those are male), everyone will likely encounter a narcissist at some point, or have some narcissistic qualities.

6.2% of the general population will have Narcissistic Personality Disorder in their lifetime.

Recognizing narcissism in our loved ones may be difficult, but these qualities are rampant in fairy tales and the intertwined moral lessons. The queen from Snow White and the Seven Dwarves is a great example of narcissism. Instead of trying to find out some viable ways to improve her kingdom, she asks her magical mirror to affirm her beauty. When she doesn’t receive the answer she anticipates, the queen goes to great lengths to kill the girl more beautiful than her just to be the “fairest one of all.” In the end, the queen dies with no avail and was far worse off than when she started.

Out of the storybooks and into a real-life situation, Joan Crawford was a narcissist who was also famous on the silver screen. In the book and film, written by Crawford’s daughter Christina, titled “Mommy Dearest,” Christina depicted the respected film actress as a vain and manipulative person who felt as though nothing was enough for her. She consistently wanted perfection and paid no attention to the abuse she dealt to others. In the end, Joan left her daughter Christina with deep resentment, as evidenced by the book.

Joan Crawford and the queen from Snow White shared some common character attributes that can enlighten one’s understanding of narcissism. First, was how nothing was ever satisfactory to them, either personally or in their surroundings. Instead of trying to accept that some things are simply out of their control, these narcissists attempt to control them. That is a chief characteristic of a narcissist: control. Sure, they are infatuated with their physical traits, but the act of controlling and manipulating others boosts the narcissist’s self-esteem. Usually, those methods of control are similar to those of a psychopath, meaning they tend to manipulate others, are insecure about themselves, have impulsive behavior, and trivialize mortality.

Narcissists will try to devalue you at any means, or attempt to diminish your self-esteem, in an effort to increase themselves theirs. Whether a narcissist is aware of this or not, they will try to make others dependent on them at first, and then remove themselves from supporting those once the link of dependence is established. They will lie and cause others to question themselves, in order to manipulate the situation to their advantage. Most of the time, a narcissist will try to destroy others relationships to make greater dependence on the narcissist.

Another thing to realize about narcissists is how most of their friendships are fleeting. While watching the Disney rendition of Snow White, you will notice that the queen’s friends are vultures. When the queen fell off the cliff and died, her friends swooped down to pick at the remains. Still there are people out there who will love the narcissists, even though they may not like the narcissist.

What are the overall effects on those affiliated with a narcissist? As many narcissists will begin to shower their friends with attention and care, for others to establish dependence on them, they will eventually take that away, but still want their friends to depend on them. When that happens, the friends may feel like an addict going cold turkey or may experience depression. Depending on the person, they may feel angry and/or hurt. No matter the feeling a friend gets, the narcissist doesn’t care.

When addressing narcissism, you need to be able to look at yourself and address the facts. What kind of person are you? How do your actions affect others? Who are the people you find yourself with and what kind of people are they? Learn now if you are a narcissist, and make an effort to be a better person to your friends and loved ones.

Are You A Narcissist?

If you said yes to any of these questions, find out exactly how narcissistic you are by taking this quiz: psychcentral.com/quizzes/narcissistic.htm

Previous Kitchen Tricks to Make You Feel Like A Culinary Master

Next It’s Your Desk, Stupid 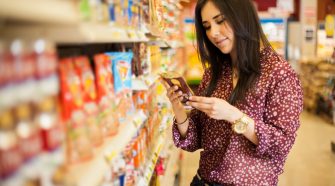